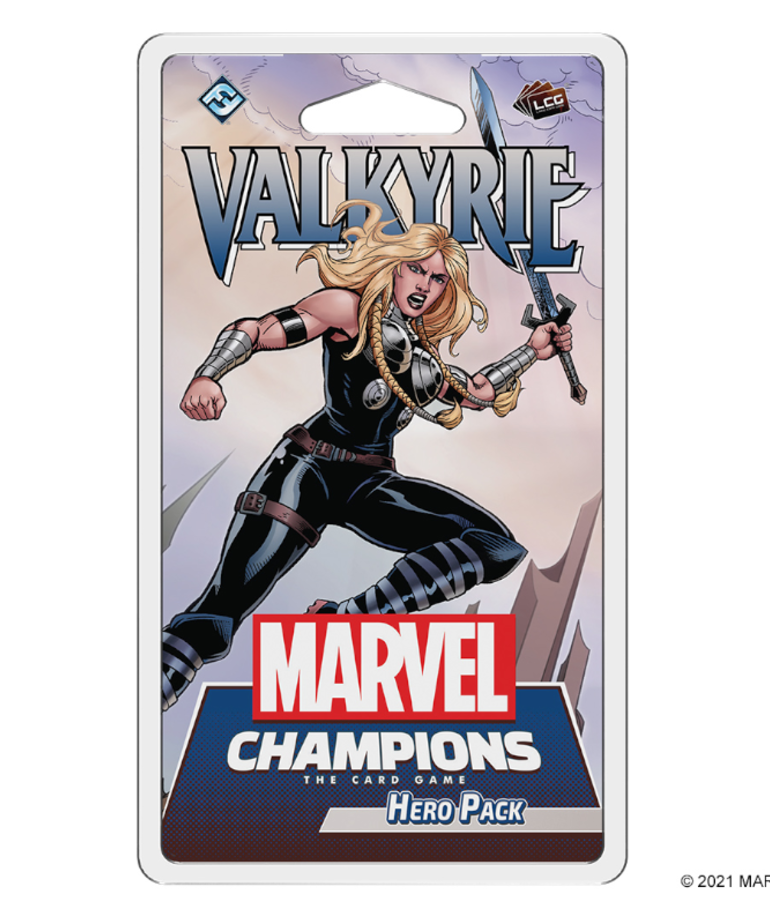 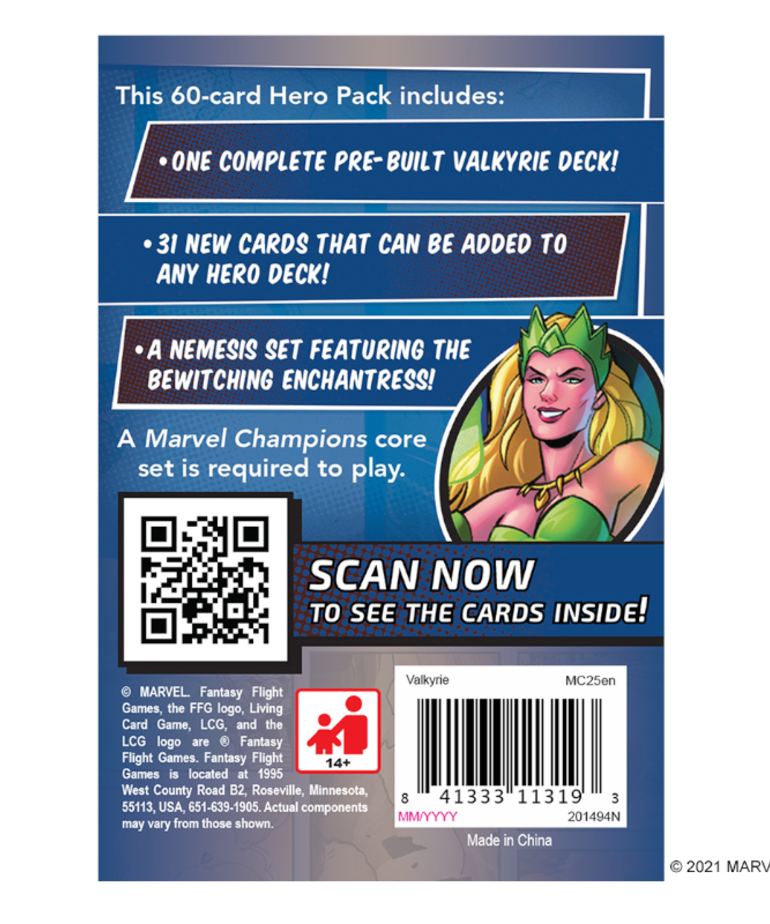 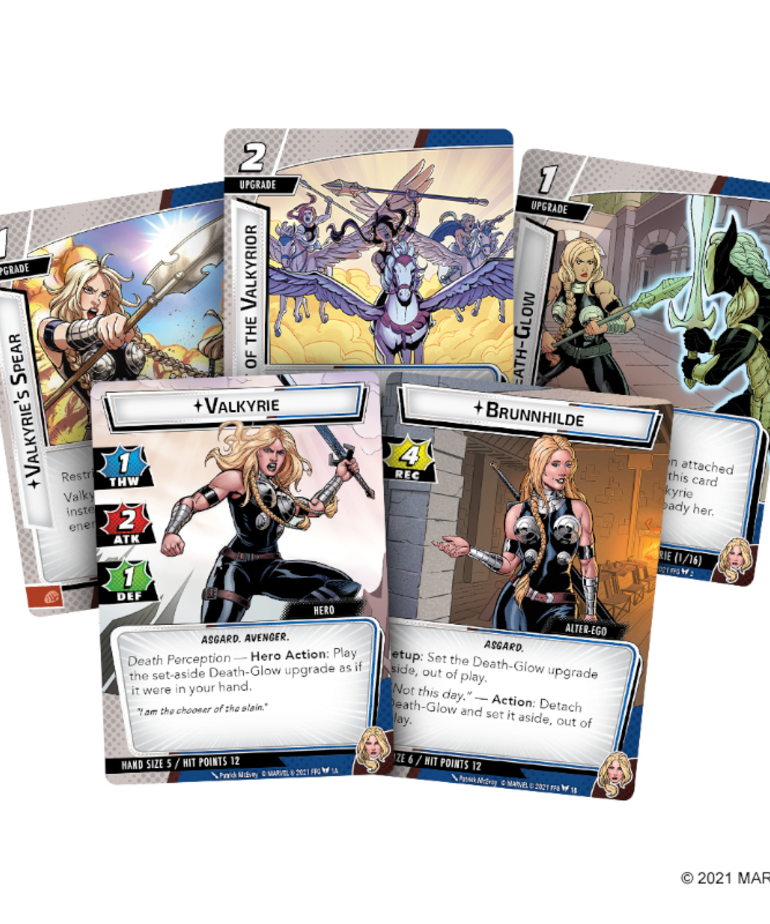 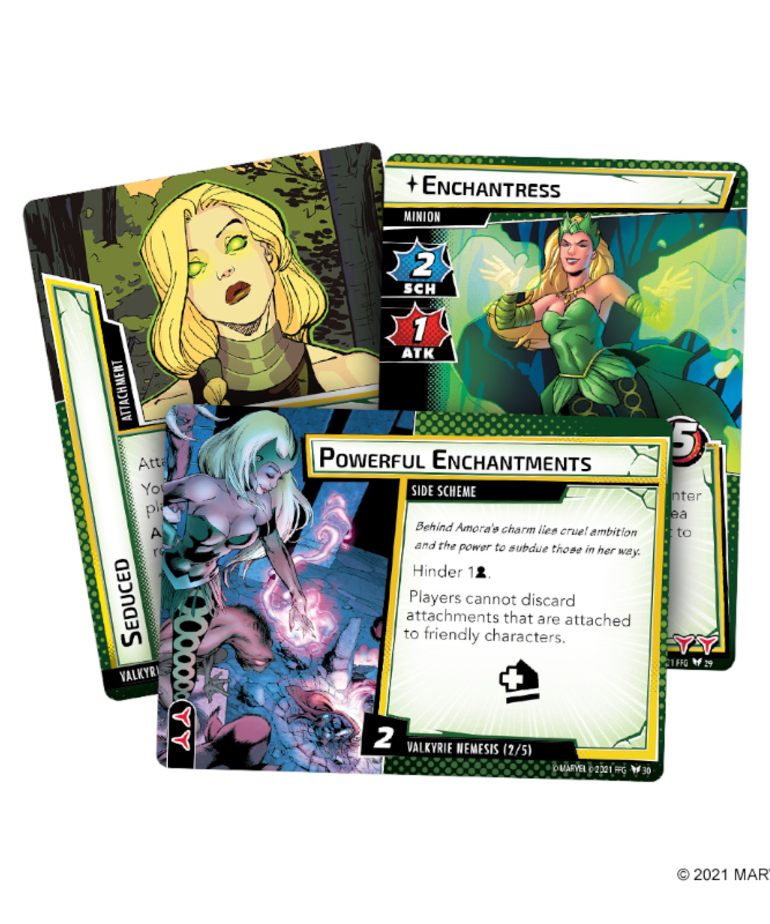 0 reviews
Add your review
- For players eager to destroy the Mad Titan, they can get started with the Valkyrie Hero Pack!
7 In Stock
Add to wishlist / Add to compare / Print

Appointed leader of the legendary Valkyrior by Odin, Brunnhilde defied the All-Father’s wishes by leaving Asgard to join the Avengers. Since that day, she has dedicated herself to the defense of Midgard as the valiant Valkyrie—and she’s flying into players’ games of Marvel Champions: The Card Game. By choosing a foe with the menacing Death-Glow, Valkyrie can mark her foes for death. Within this Hero Pack, players will find Valkyrie, her sixteen signature cards, and a full assortment of Aggression cards inviting players to smash the villain head-on.

For players eager to destroy the Mad Titan, they can get started with the Valkyrie Hero Pack! This expansion comes with a 40-card pre-built deck, giving players the chance to start playing right out of the box.

You will need A Marvel Champions Core Set to play.