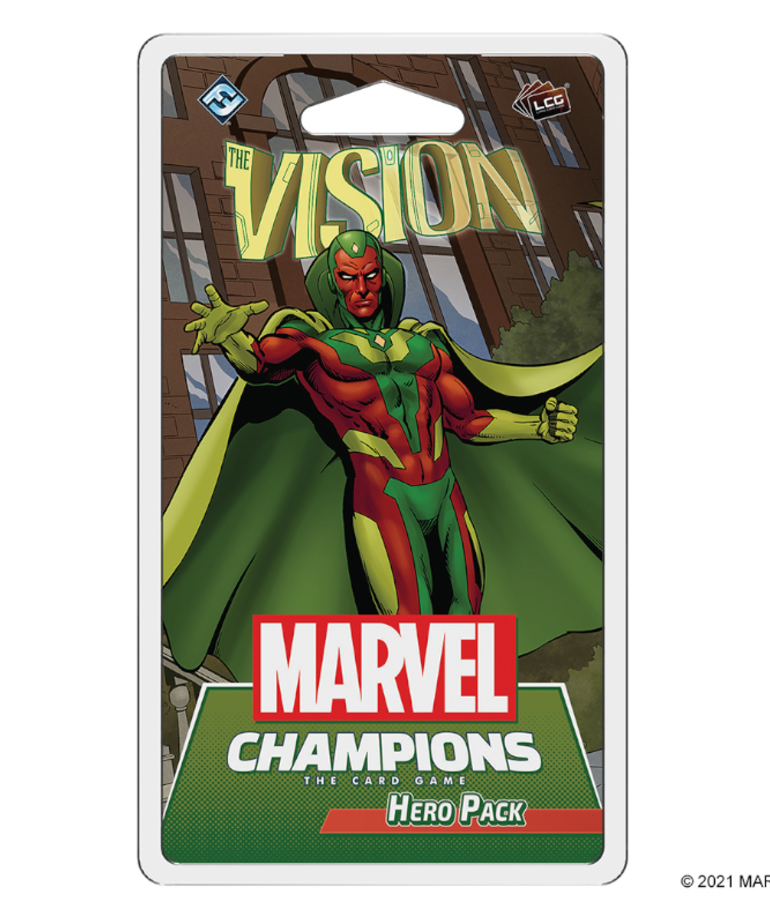 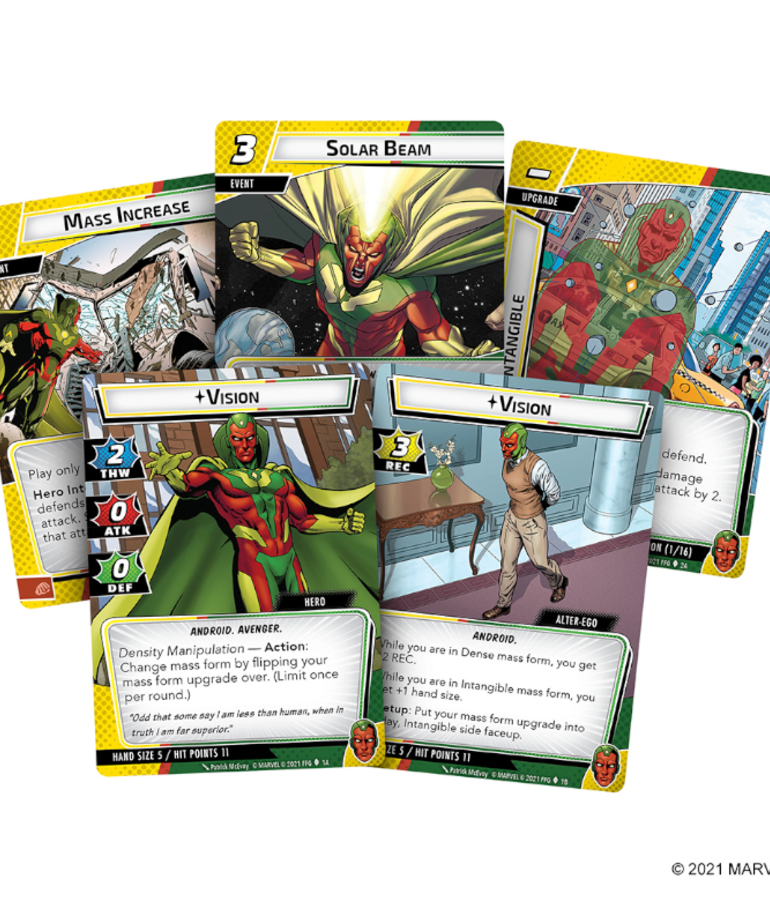 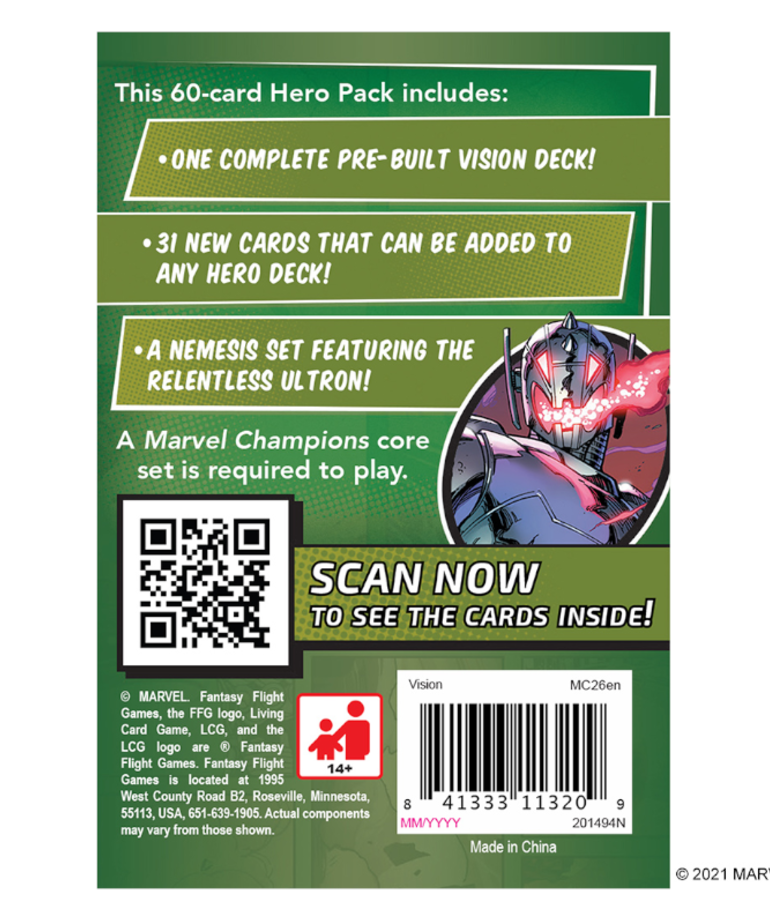 0 reviews
Add your review
- For players eager to destroy the Mad Titan, they can get started with the Vision Hero Pack!
1 In Stock
Add to wishlist / Add to compare / Print

Orginially created by Ultron to destroy the Avengers, the android known as Vision joined the ranks of Earth’s mightiest heroes instead. Now he uses his incredible powers to protect the planet from danger as The Vision—and he’s phasing into players’ games of Marvel Champions: The Card Game. By manipulating his own mass to become dense or intangible, Vision can defeat any opponent. Within this Hero Pack, players will find Vision, his sixteen signature cards, and a full assortment of Protection cards inviting players to safeguard their friends.

For players eager to destroy the Mad Titan, they can get started with the Vision Hero Pack! This expansion comes with a 40-card pre-built deck, giving players the chance to start playing right out of the box.