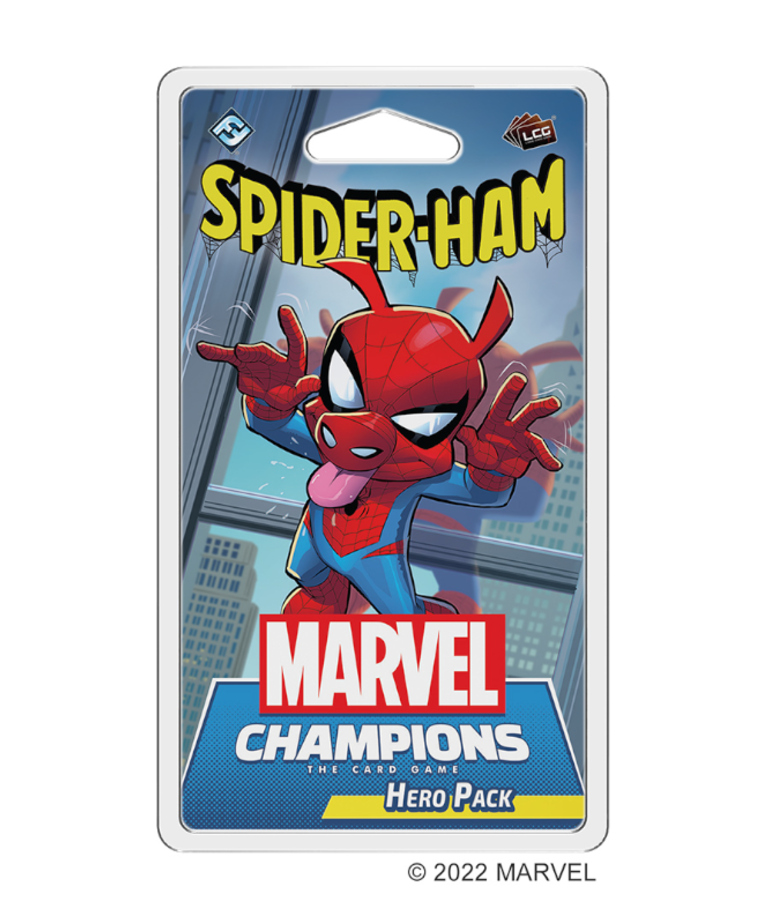 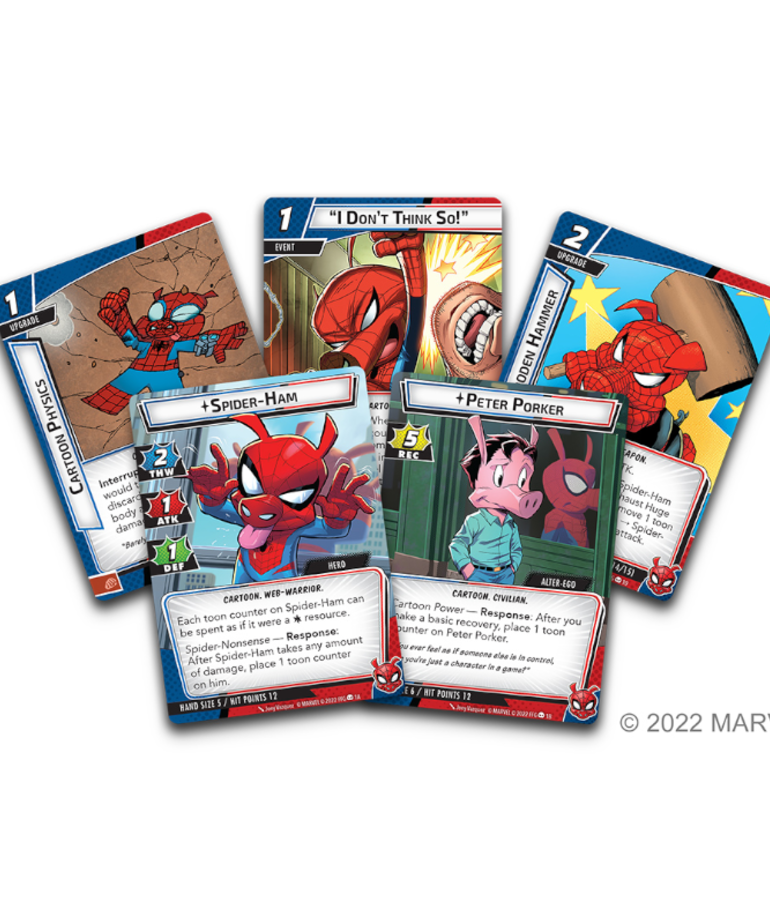 Greetings, citizens! You’ve met high-flying heroes, super-genius scientists, and cosmic sorcerers. You’ve seen awe-inspiring Avengers, grandstanding Guardians, and wondrous Web-Warriors. Now, it’s time for the porcine powerhouse, the spectacular super-pig, the wacky web-slinger, the one and only…Spider-Ham! This cartoon wonder WHAMs his way into players’ games of Marvel Champions: The Card Game with zany aplomb. Utilizing his wacky cartoon physics and goofy antics, Spider-Ham can take hits like a champ and thwart villains’ schemes with all sorts of colorful nonsense. With this Hero Pack, players will find Spider-Ham, his fifteen signature cards, and a full assortment of Justice cards inviting them to ruin the villains’ plans. This pack also includes a bonus modular encounter set featuring the iconic and terrifying Inheritors.

For players ready to challenge the Sinister Six, they can get started with the Spider-Ham Hero Pack! This expansion comes with a 40-card pre-built deck, giving players the chance to start playing right out of the box.