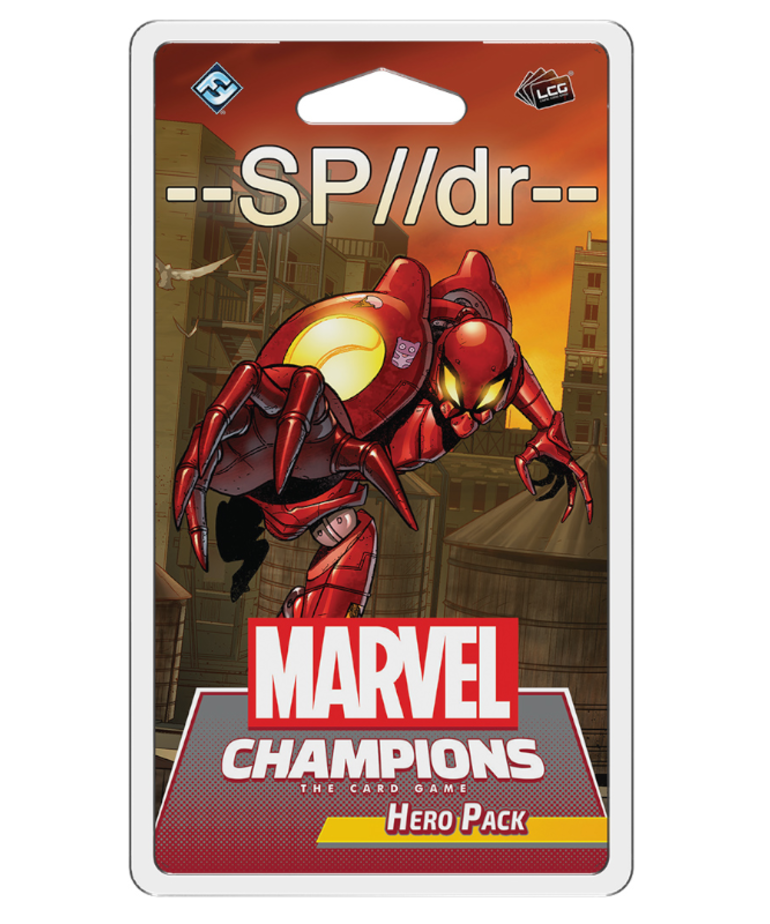 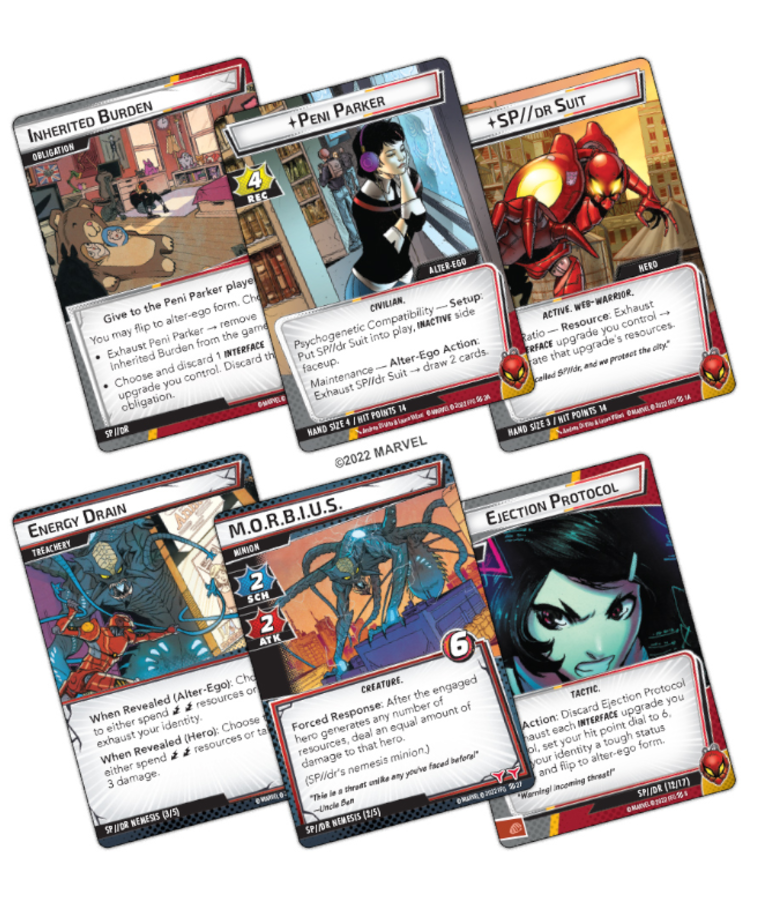 After her father’s mysterious death, Peni Parker became the new pilot of the SP//dr suit. Alongside her arachnid co-pilot, with whom she is psychogenetically linked, SP//dr defends the citizens of New York City from attacks big and small, and sometimes even travels across the Multiverse to aid fellow Spider-heroes in saving existence itself. Now, SP//dr swings into players’ games of Marvel Champions: The Card Game! SP//dr is a high-tech hero with a unique resource engine, allowing her to use her suit’s interface upgrades in myriad ways. With this Hero Pack, players will find SP//dr, her seventeen signature cards, and a full assortment of Protection cards inviting players to stop the villains’ assault in their tracks. This pack also includes a bonus modular encounter set featuring the notorious Iron Spider’s Sinister Six!

For players eager to challenge the villains of the Multiverse, they can get started with the SP//dr Hero Pack! This expansion comes with a 40-card pre-built deck, giving player the chance to start playing right out of the box.