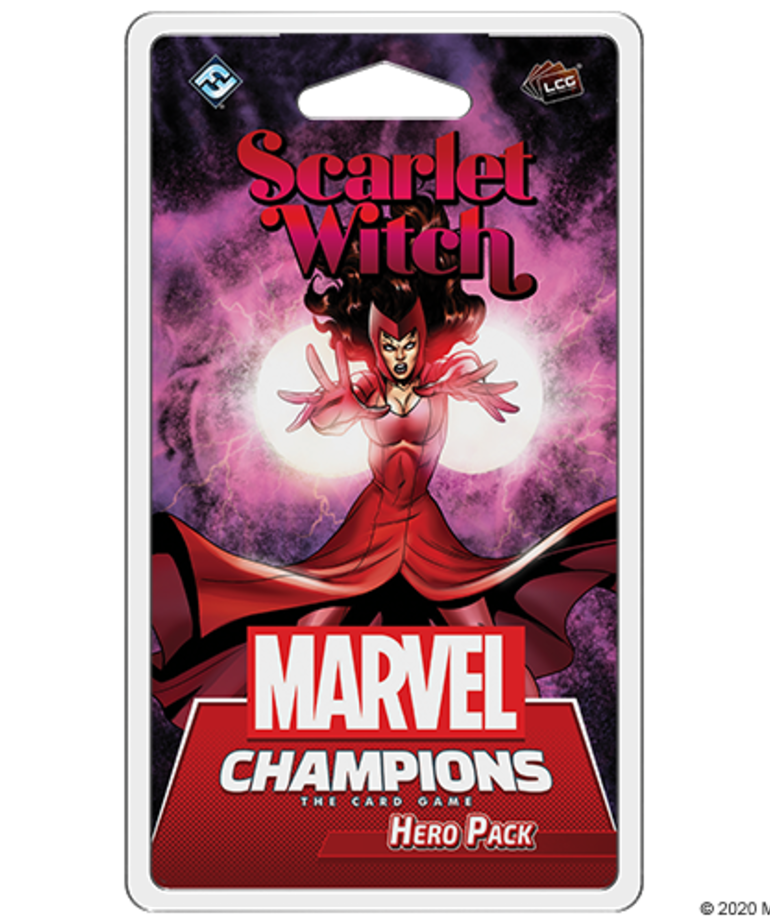 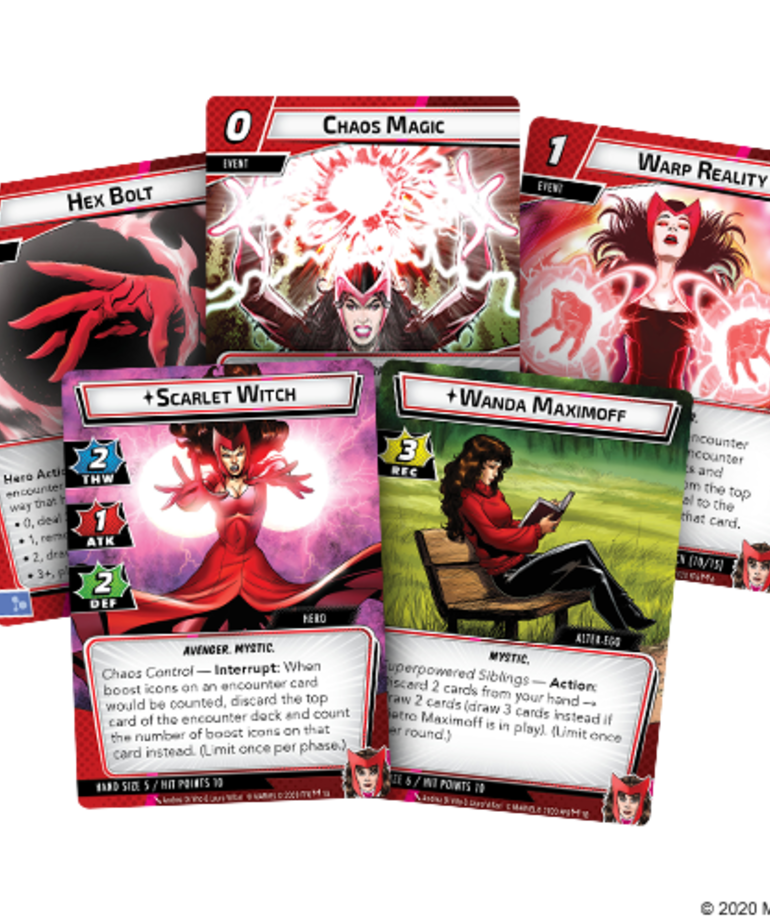 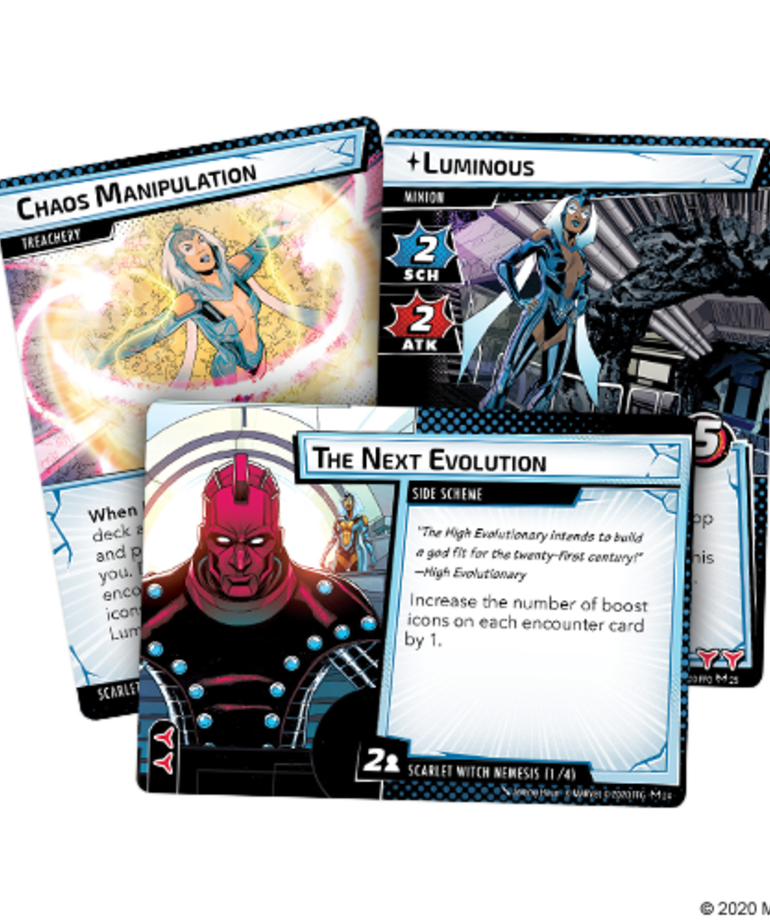 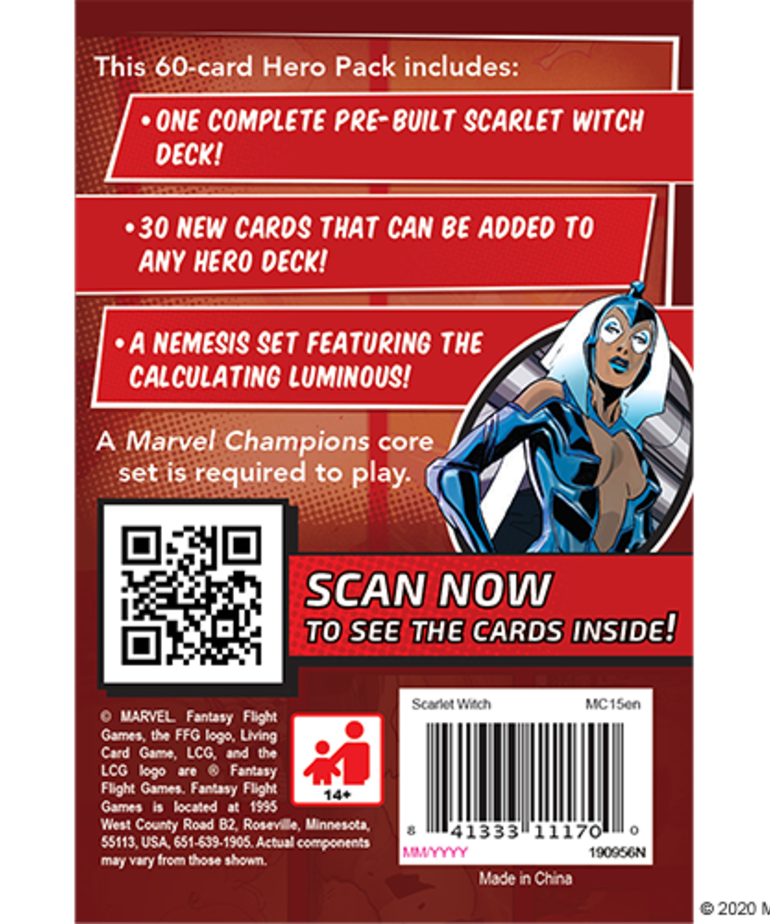 0 reviews
Add your review
- One complete pre-built Scarlet Witch deck!
- 30 new cards that can be added to any hero deck!
- A Nemesis set featuring the calculating Luminous!
1 In Stock
Add to wishlist / Add to compare / Print

Lost and wandering Europe for years with her brother Pietro, Wanda Maximoff had little idea of the arcane powers vested in her—until she unleashed her reality-warping chaos magic to protect the innocent. Now in the guise of Scarlet Witch, Wanda has joined the Avengers, fighting alongside her brother!

Like previous Hero Packs, the Scarlet Witch Hero Pack for Marvel Champions: The Card Game unlocks a brand-new hero for your games, coming with a fully pre-built and ready-to-play 40-card Justice deck. Alongside this pre-built deck, you’ll find an assortment of cards for the other aspects of the game, giving you plenty of options for tweaking your Scarlet Witch deck or altering any other deck in your collection. Prepare for reality to twist and warp around you with this new Hero Pack! 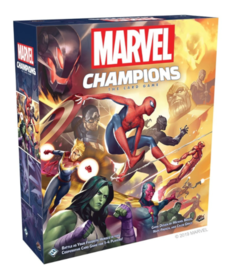