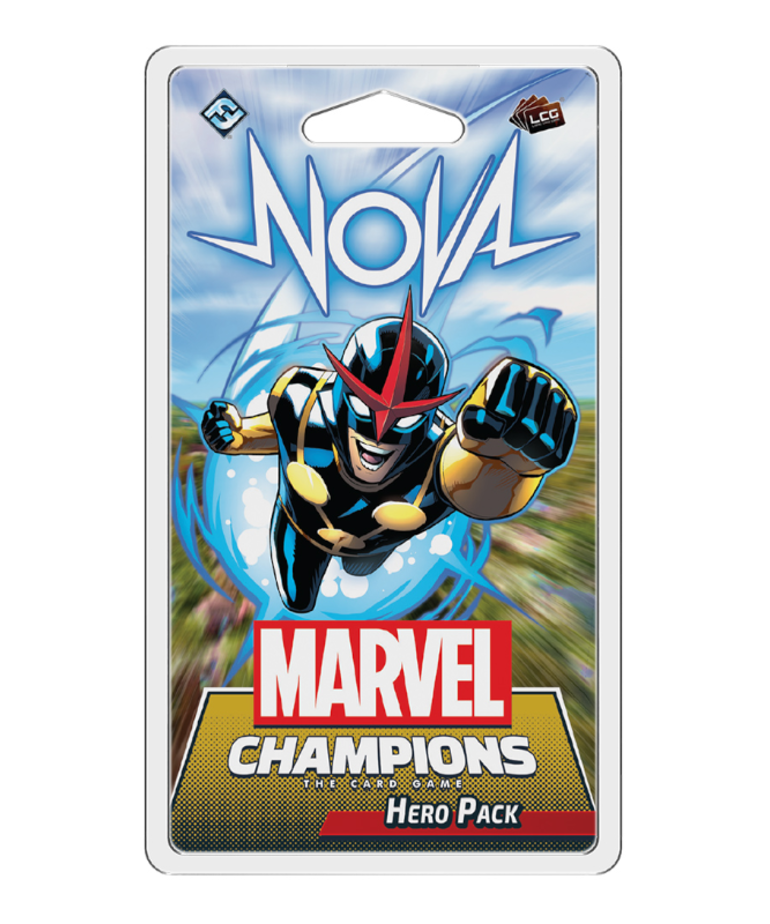 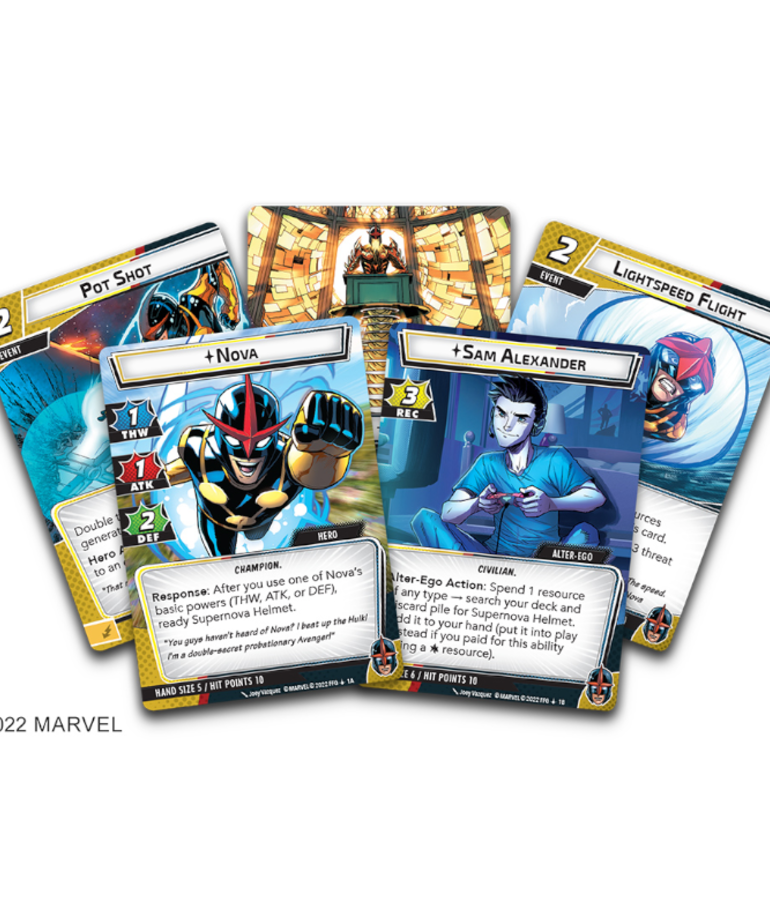 0 reviews
Add your review
- For players eager to challenge the Sinister Six, they can get started with the Nova Hero Pack!
3 In Stock
Add to wishlist / Add to compare / Print

A boy, a helmet, and an intergalactic legacy! Sam Alexander isn’t just any 15-year-old; he’s just been recruited to the Nova Corps, the universe’s police force. And now, it’s his job to look after his family and his planet—and he’s rocketing his way into players’ games of Marvel Champions: The Card Game. Nova wields his Supernova Helmet to empower his attacks, thwarts, and defenses, or he can have it generate some extra resources in a pinch, giving him lots of versatility and the ability to fit into any team. With this Hero Pack, players will find Nova, his fifteen signature cards, and a full assortment of Aggression cards inviting players to take down the fiercest foes.

For players eager to challenge the Sinister Six, they can get started with the Nova Hero Pack! This expansion comes with a 40-card pre-built deck, giving players the chance to start playing right out of the box.