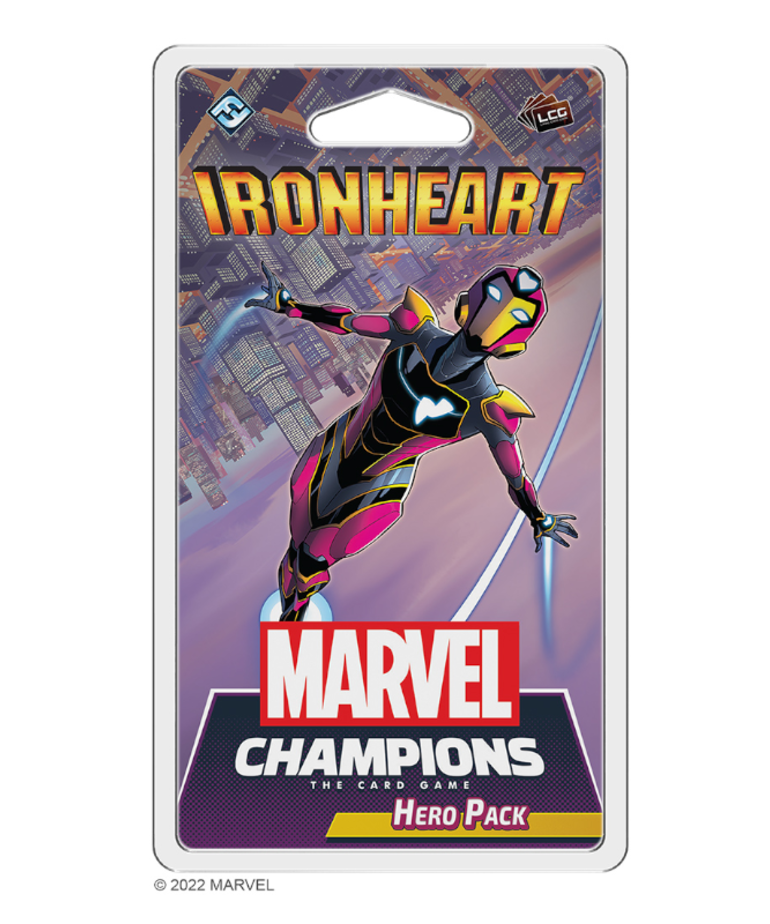 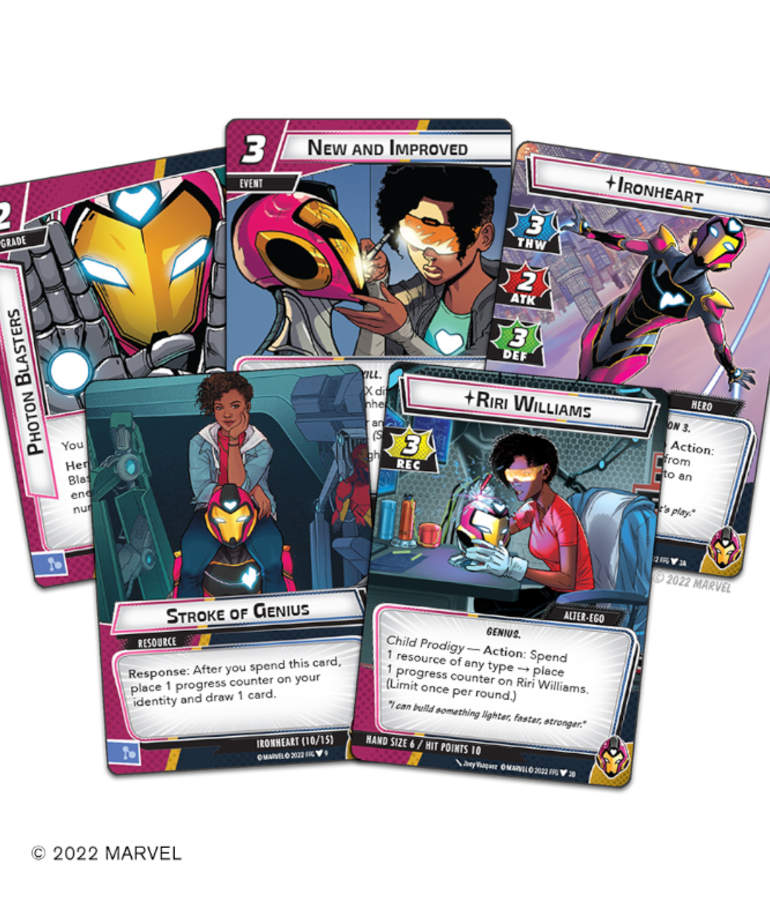 0 reviews
Add your review
Ironheart is a Hero Pack for the card game Marvel Champions by Fantasy Flight Games with the item number MC29EN.
1 In Stock
Add to wishlist / Add to compare / Print

After a senseless act of violence took the life of her best friend and of her stepfather, Riri Williams used her supergenius intellect to reverse-engineer Tony Stark’s Iron Man design and create her very own power armor. Now, she soars the skies as Ironheart, and she is flying into players’ games of Marvel Champions: The Card Game! Ironheart gradually upgrades her suit over the course of the game, and if she can get it to Version 3, she becomes a truly unstoppable force for justice! With this Hero Pack, players will find Ironheart, her fifteen signature cards, and a full assortment of Leadership cards inviting players to inspire their allies to victory. This pack also includes a bonus modular encounter set featuring the bizarre and dangerous Zzzax.

For players eager to challenge the Sinister Six, they can get started with the Ironheart Hero Pack! This expansion comes with a 40-card pre-built deck, giving players the chance to start playing right out of the box.