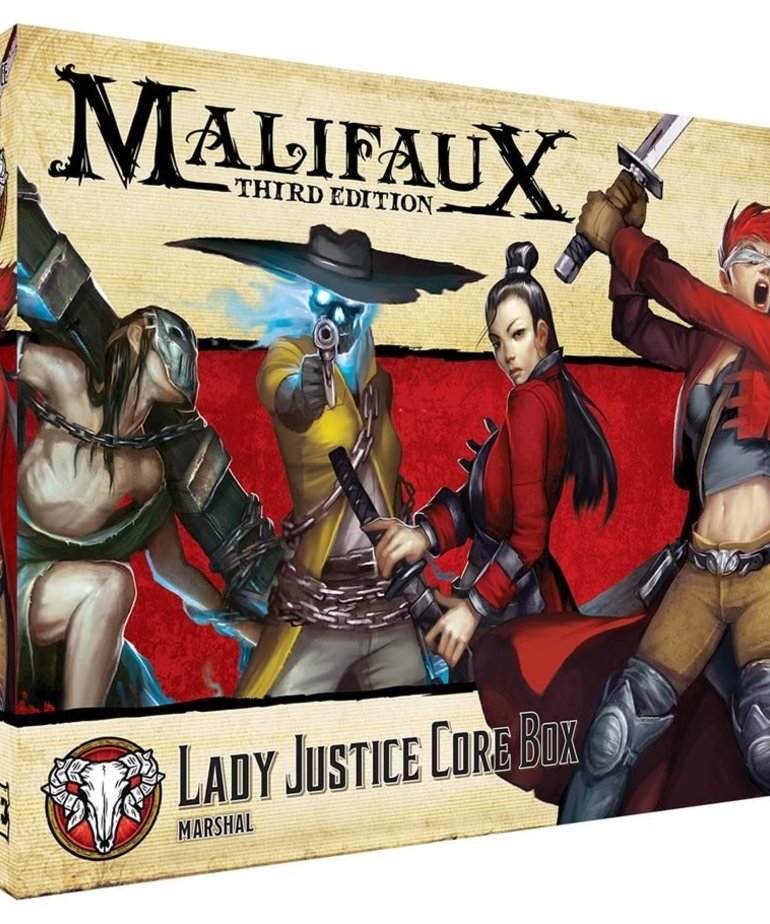 Brandishing her Greatsword in combat, Lady Justice is still a melee monster in Third Edition, though as the forces of the undead have started to adapt, so has she. As combatants, Lady Justice and her Death Marshals are uniquely specialized for fighting the forces of the undead; wielding the harsh necromantic magic of their enemies, Lady Justice and the Marshals have an unnatural vigor that provides them with lasting vitality when fighting their enemies. Unusual as it may seem, the weapon of choice for the Death Marshals is the Pine Box, wielding the wooden coffin as a magical conduit to trap their enemies and purge them of their strength. While they may be specialized against the undead, the Marshals are still a potent force against other enemies, whether through their innate survivability or by corrupting their foes with necromantic energy..