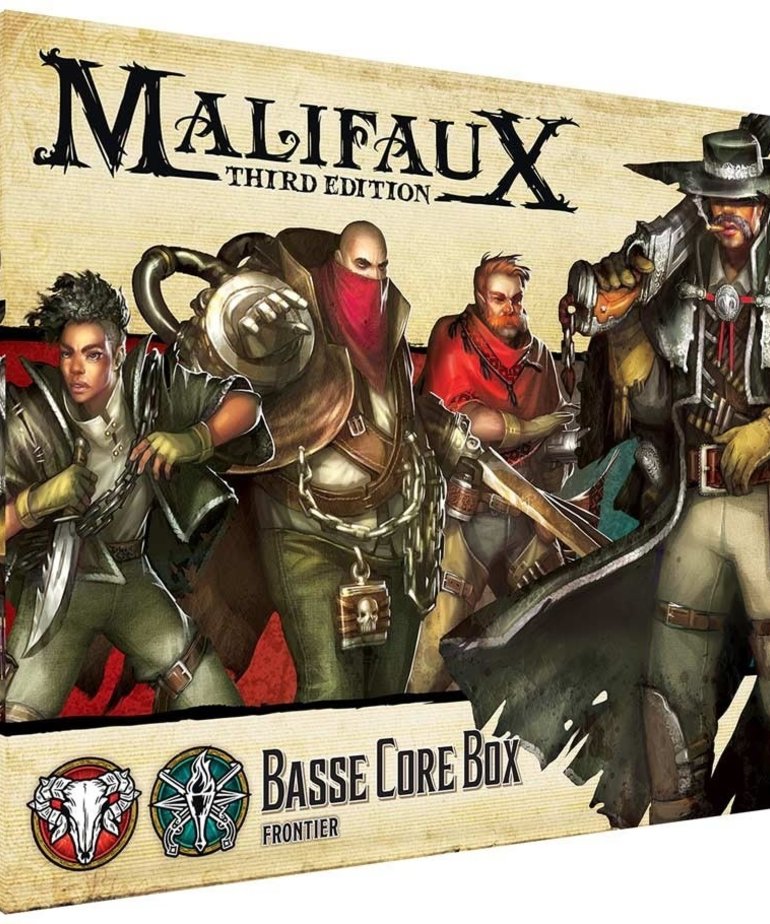 The Guildâ€™s newest recruit is a tough, no-nonsense sheriff who has been given the task of bringing order to the more remote areas of Malifaux. These frontiersmen thrive in the wilds of Malifaux, utilizing the terrain on the board to offer both protection and tools to punish their enemies. As a leader, Basse focuses on punishing his foes, whether through his innate damage potential, or from repositioning them through the shifting terrain of the Malifaux landscape. In addition to harnessing the terrain of the battlefield, Basse and the Frontier Crew are inherently pushing the boundaries of Guildâ€™s territory and the known lands of Malifaux using their Home on the Range Ability, extending the distance they can deploy at the start of the game.

Malifaux models are 32mm 'heroic' scale miniature made of high quality plastic. Will require some preparation and assembly.