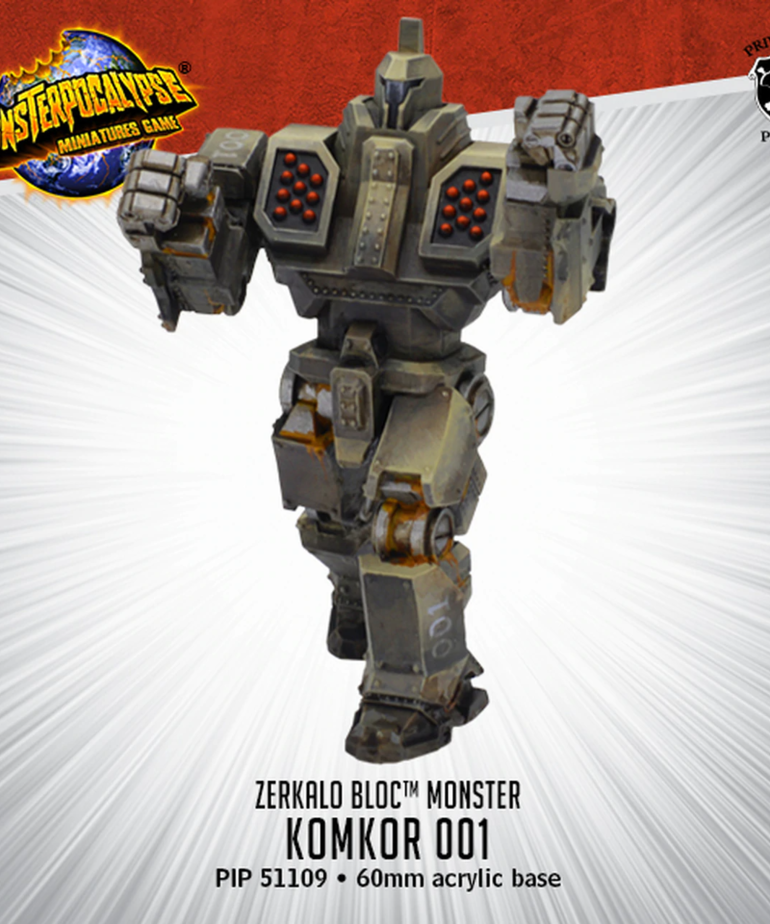 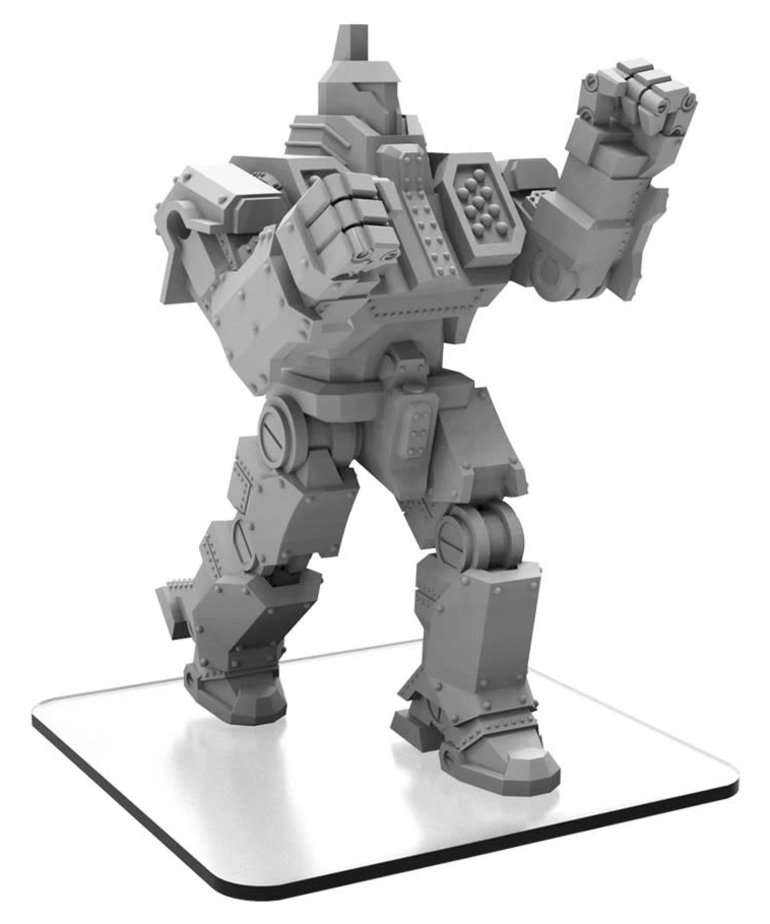 Standard strategy doctrines guide the sequence of steps in every Zerkalo Bloc invasion. The first wave is led by brute force mecha that carve out a “landing zone” in the new dimension. When a relatively safe area is established, the leaders of the expeditionary forces arrive. These forward command and control mecha are not only staffed by expert pilots who understand combat on a massive scale, but they also command staff to plan the specifics of the invasion from a forward position. For such a formidable war as the Monsterpocalypse, the high command decided that their most decorated machine and crew would return to active service to ensure a great victory.

Komkor 001 is a support monster that can be added to any Destroyers force. The general who rides into battle protected by its thick armor is a military Mastermind and maintains a Focused Will, dedicated to victory at all costs. The vessel’s command staff designate resources and other points of interest around the city as assets that must be Safeguarded for further exploitation. When it goes hyper, the weapon crews manning the rocket batteries carried in the mecha’s shoulders trade out their precision munitions for high explosive ordinance, ensuring that no foe remains after a salvo.