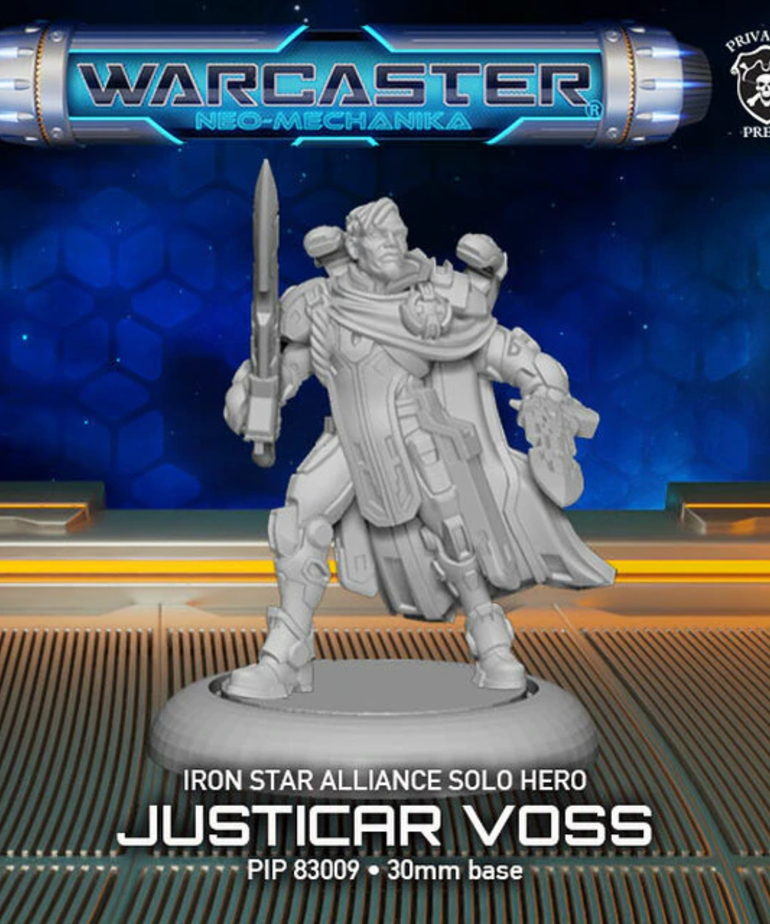 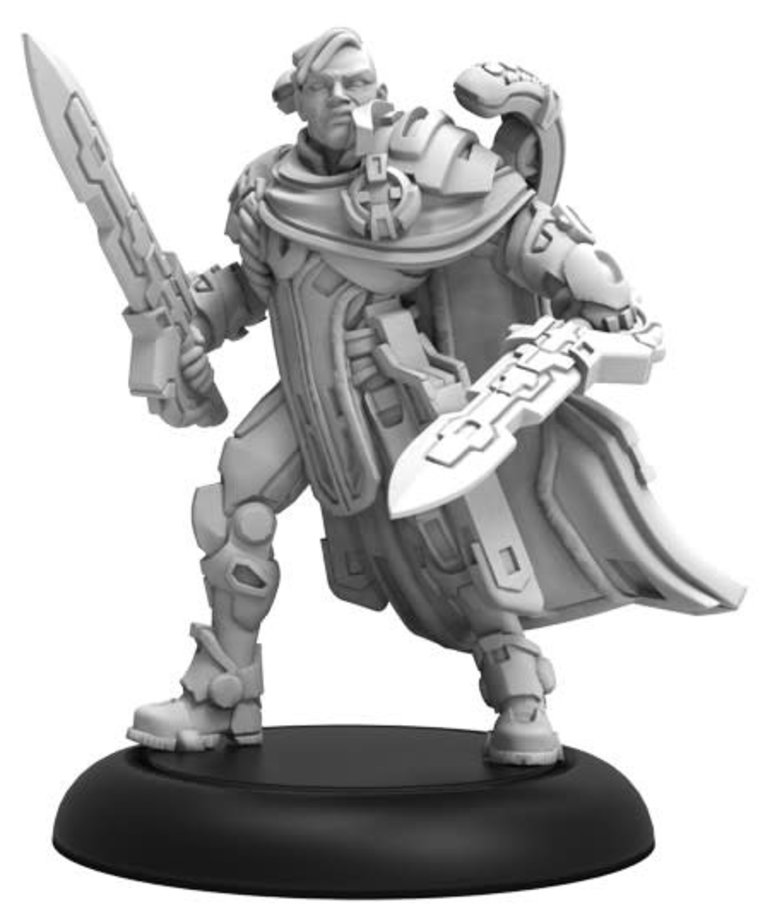 The forces of the ruthlessly expansionistic Iron Star Alliance persistently push into the territorial holdings of their rivals. As new worlds and systems are conquered, the Alliance appoints governors and justicars to bring the conquered into alignment with the dictates of the Septarchs and the Supreme Concordiat. While the governors rule these new territories, it falls upon the justicars to bring them to heel. Judge, jury, and executioner over the territories they are appointed to civilize, the justicars and the Paladin forces they command represent the judicial authority of the Alliance. Few are as effective as Justicar Voss. Young for an appointment of such gravitas, Voss is arrogant and ambitious to a fault, but few who have seen the sword-theurge in battle can blame the Septarchs for their faith in his capabilities.

As a theurge, Justicar Voss can generate and control minor mechanikal effects. These effects are represented by his suite of Attack Modes, which he can use to empower every strike of his deadly Arc Blades. Voss is a Relentless fighter, enabling him to move up to 2˝ each time he destroys an enemy. Voss is an unpredictable foe. While charged, his Void Shifter rule grants him +1 ARM and enabling him to be repositioned anywhere within 2˝ when he is hit by an enemy attack. Furthermore, his Void Jumper rule enables him to spike to ignore all damage from an attack and be placed anywhere within 8˝ of his current location. Wears Paladin Compound Armor, which gives him bonus ARM (Armor) against explosion damage.