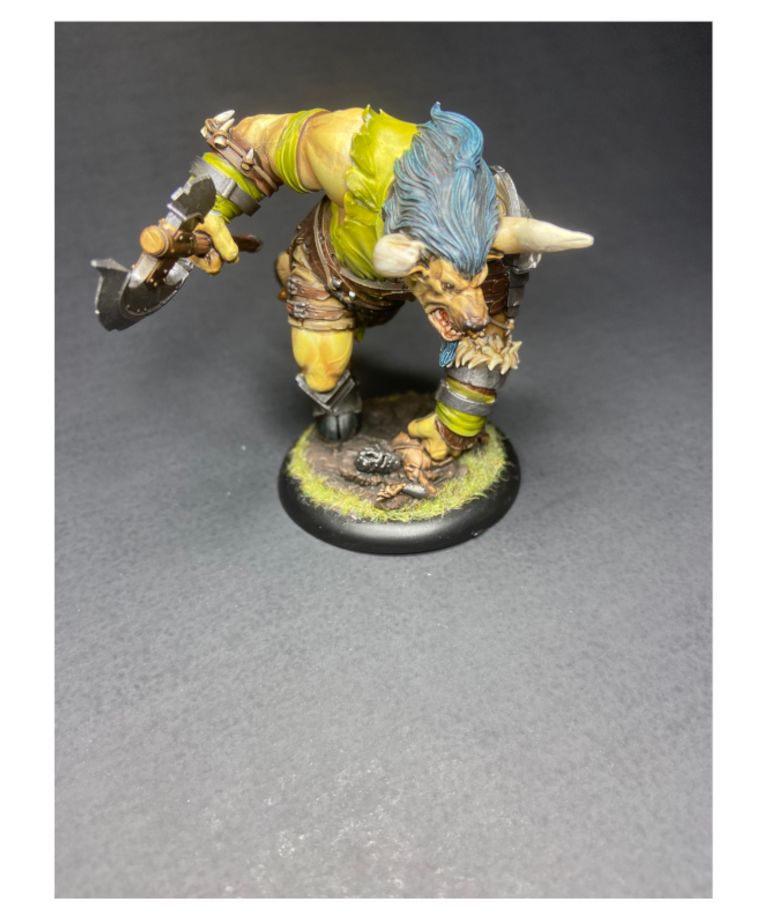 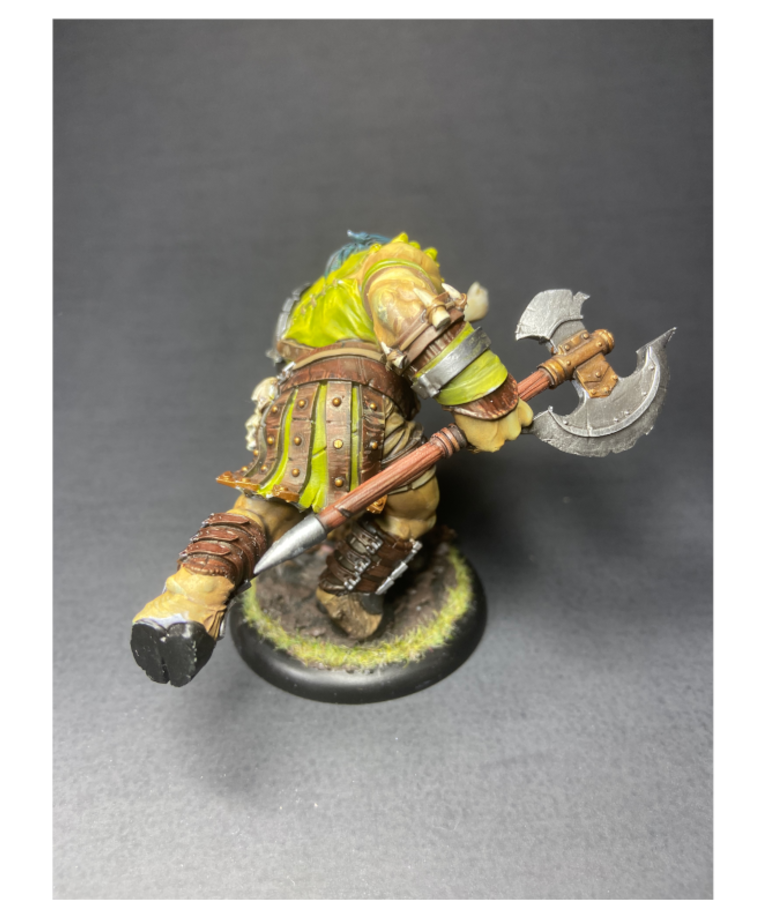 0 reviews
Add your review
- Thorgar was captured from a young age by the unscrupulous slave traders of Zaiqah and sold to the gladiator pit operators.
1 In Stock
Add to wishlist / Add to compare / Print
Availability: In stock

Thorgar was captured from a young age by the unscrupulous slave traders of Zaiqah and sold to the gladiator pit operators. Years of torture, arduous training and anger manipulation has resulted in him losing most of his race's traits, to be replaced by a ferocious and borderline psychotic killing machine. He dominated the pits for years, felling countless foes, actually winning his freedom many years ago. Despite this, he remains a gladiator by choice, knowing little more than senseless killing for sport, a shell of what he could have been.

Thorgar's legend has extended beyond the Shifting Sands, with bards singing his praises in taverns across Athien. Word of a huge minotaur dominating the pits of Zaiqah soon reached the ears of Doenrakkar, the minotaur shaman and spiritual leader of his people. Doenrakkar sent one of his shaman pupils, A'kash, south to Zaiqah, to help free Thorgar and return him to his people. A'kash barely survived the first time he was in Thorgar's presence, the sight of another minotaur sending Thorgar into a fit of rage. Since then he has managed to befriend him somewhat and so A'kash begins the journey of trying to salvage what is left of the true minotaur inside the gladiator.

In Judgement, Thorgar is an absolute close combat monster. He has the highest damage "1A" weapon in the game and is able to throw models around via a combat manoeuvre. However, perhaps his greatest asset is his signature play, the active ability Enraged Slam. This can wreak total havoc on lined up enemy heroes and can turn the course of a battle on its own.