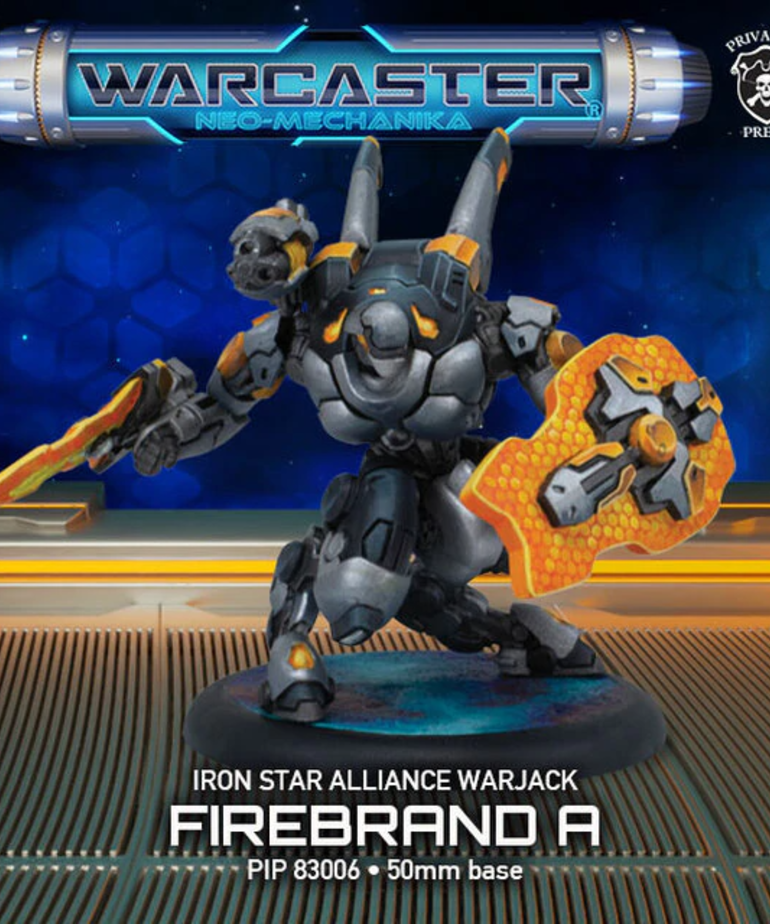 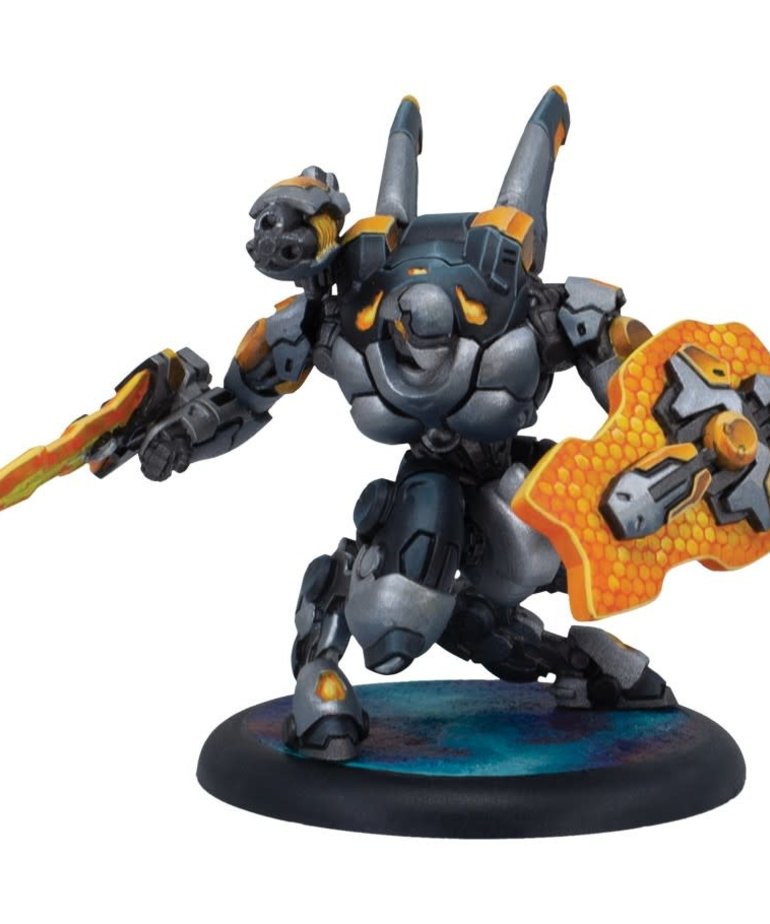 Manufactured throughout Alliance space, the Firebrand is the primary support warjack of the Paladin forces. While produced in great numbers according to a common design, the Firebrand system remains a potent and unpredictable weapon of war. Protected by an Arc-fueled refractor field, the swift-moving Firebrand can be a hard target to hit in the midst of battle. When it closes, force projectors increase the deadly range of their melee weapons, making them dangerous and effective foes. While slightly lighter than the Marcher Worlds’ rugged Dusk Wolf warjacks, when armed with a Force Hammer and Sun Piercer, this warjack is more than a match for any opposition. Its expanded armament includes a grenade launcher, a rapid-firing Maelstrom, and a steel-consuming Immolator.

Different cortex and weapon selections add modular utility to this warjack. The warjack has two arm and one shoulder hard point for weapons. While the warjack is charged, its Force Projector adds +1 RNG to its melee weapons for each Arc on the warjack. The chassis’ Refractor Field enables it to spike to reroll its defense rolls.