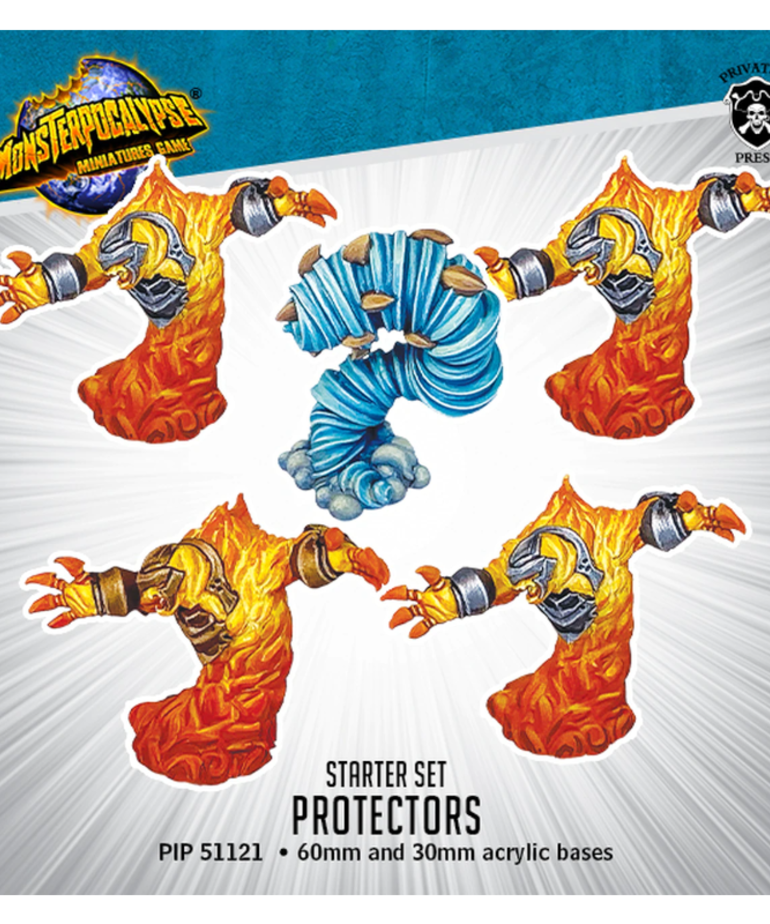 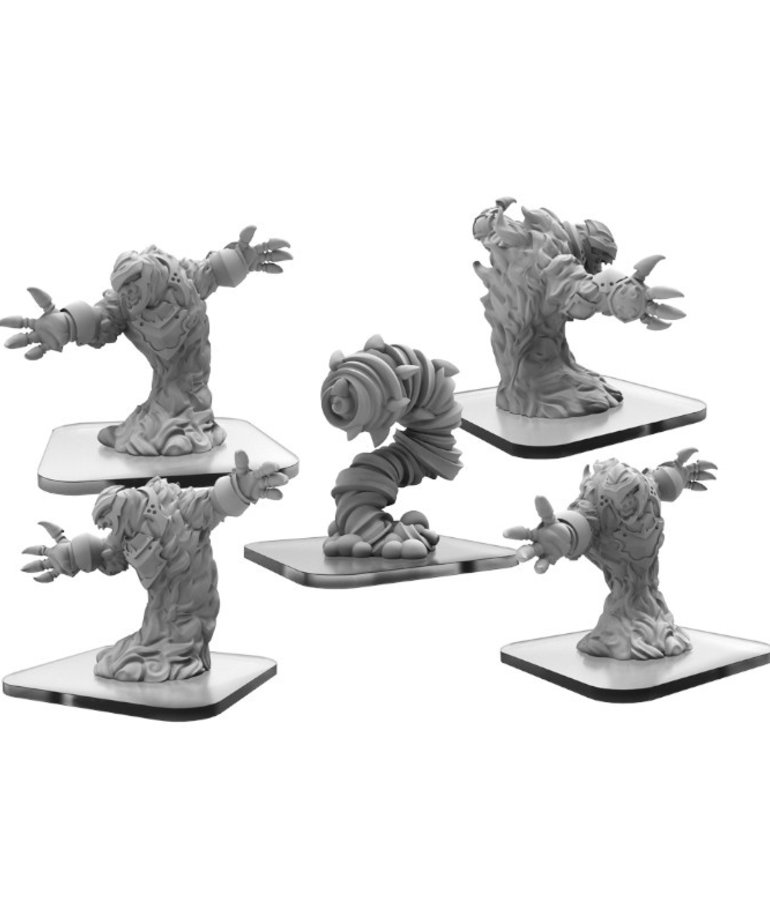 The enigmatic Elemental Champions have redoubled their efforts to save the world from the ravages of the Monsterpocalypse. Elemental Champions use their mastery of the elements—air, earth, fire, and water—to protect the planet from the destruction wrought by the global war. This pack contains unit support for the elements of Fire and Air. Kami tend to be less powerful than full-fledged Avatars, but that isn't to say they are not dangerous in their own right.

Instead of merely wielding elemental powers, Kami and Avatars are incarnations of the elements themselves. They in turn share a powerful bond with the champion of their element. Each champion can act as a Spawning Locus for all units
that share their element.

As Fire Kami are actually comprised of fire, they are Fire Proof and bring the ability to Ignite new fires to Protector units. Air Avatars use the winds around them to block enemy movement with powerful Turbulence, all the while Lifting their allies to new
heights.