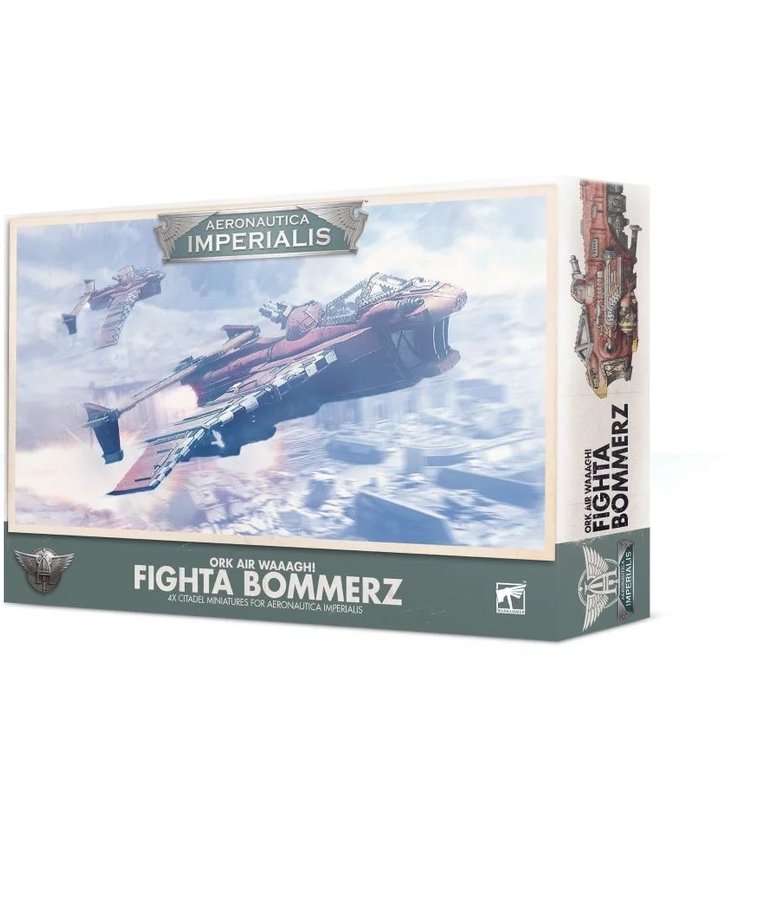 Laden with heavy armour and an even heavier payload of guns, rokkits and bombs, the Fighta Bommer is built with a single principle in mind – might makes right!

This flexible aircraft does exactly what its name implies, serving as both an attack fighter and a bomber. It is equipped with quad big shootas, turret big shootas, and an ever-handy tail gun with which to defend itself against enemy fighters.

Contents:
- 4 multipart plastic Ork Air Waaagh! Fighta Bommer miniatures (the kit also includes a selection of rokkits, wing bombs, big bombs, and kustom big shootas to upgrade your miniatures with)
- 4 Aeronautica Imperialis bases (Each base designates the model’s front, rear and side arcs as well as speed and altitude dials. Each base also includes a clear stand to connect the aircraft to the base.)
- 1 Fighta Bommer transfer sheet