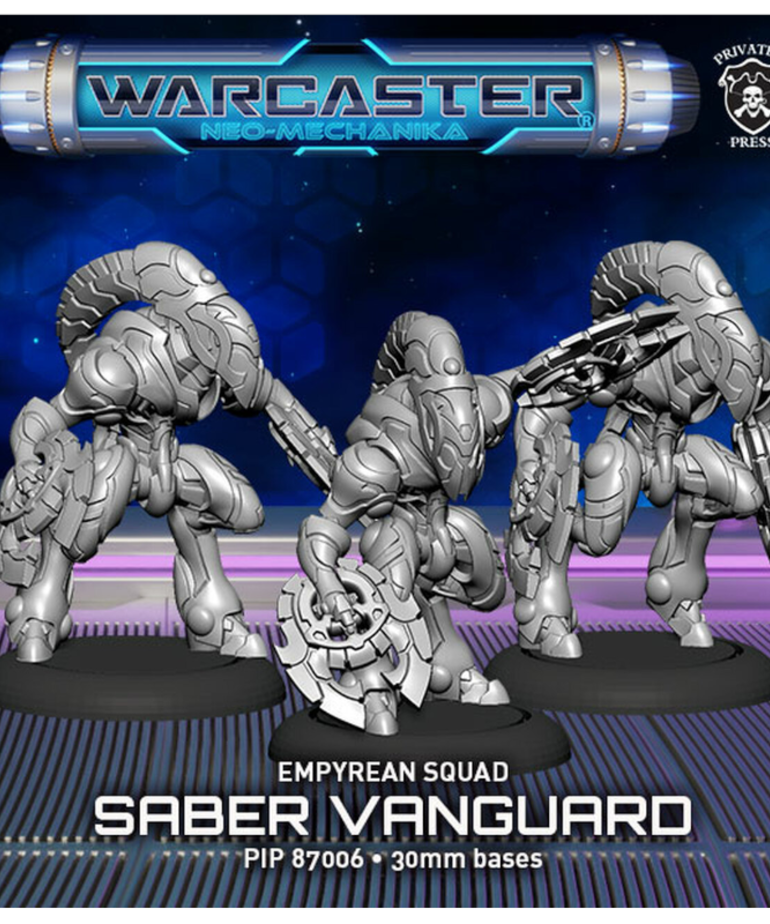 Saber Vanguards are the Empyreans’ close-combat specialists. Armed with a pair of Fusion Scythes and flailing tentacles, these squads of robotic servitors are unleashed upon the enemy like a tide of clockwork destruction. They charge forward without question, striking even the most heavily armed and defended enemy positions with no concern for self-preservation. Their sacrifice keeps the enemy off balance while the Empyreans take up positions and execute their stratagems. Though their losses are always heavy, the Sabers are incapable of complaint, and their masters can always make more.

- When targeted with a Cypher, whether friendly or enemy, you can charge it with up to 1 Arc if it is not already charged

- If a model in this squad destroys an enemy model with an attack while charged, it can make an additional attack with another of its three weapons

- While charged, models in the squad gain 2 Power Dice on their Fusion Scythe melee attacks