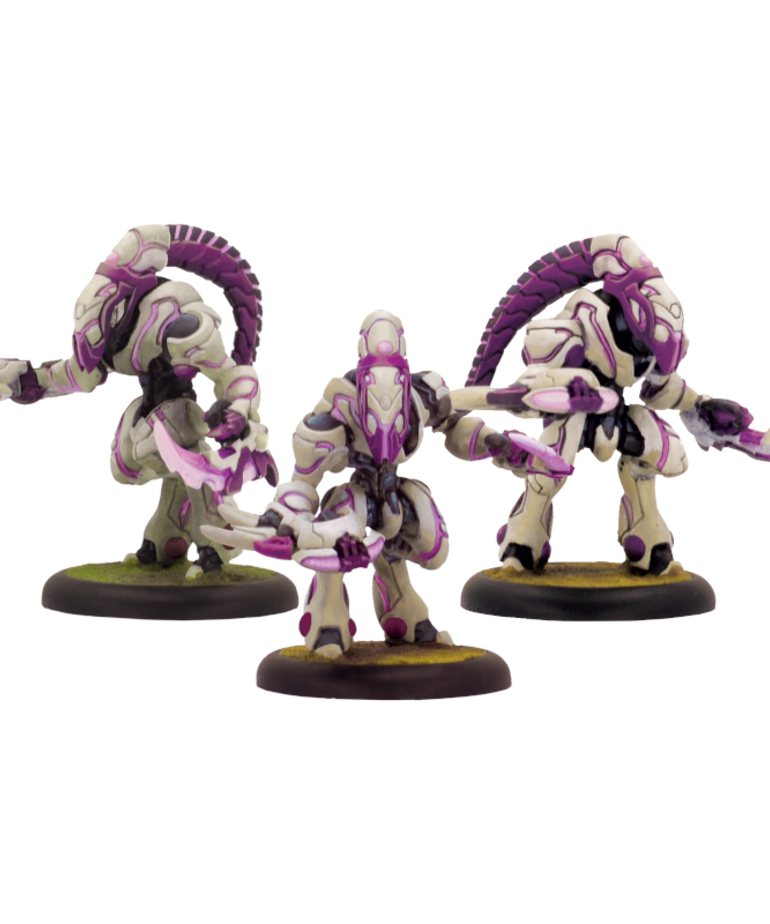 0 reviews
Add your review
- Three-Model Squad
- Can spike at the end of their activation to not receive an activation token
- and more!
4 In Stock
Add to wishlist / Add to compare / Print

Saber squads are the rank and file of the Empyreans’ robotic forces. Lacking souls and created to follow every order without question, Sabers are an efficient and utterly fearless fighting force, possessing an inhuman degree of discipline impossible for sentient species to replicate. Armed with high-intensity Ion Cannons backed by Fusion Blades in close combat, Strikeforces make up the bulk of the Saber forces. Their ordinary stillness before battle belies their savagery in combat when they explode into a blur of motion, unleashing deadly beam, blade, and tentacle attacks to cut down any enemy unfortunate enough to move into their path.