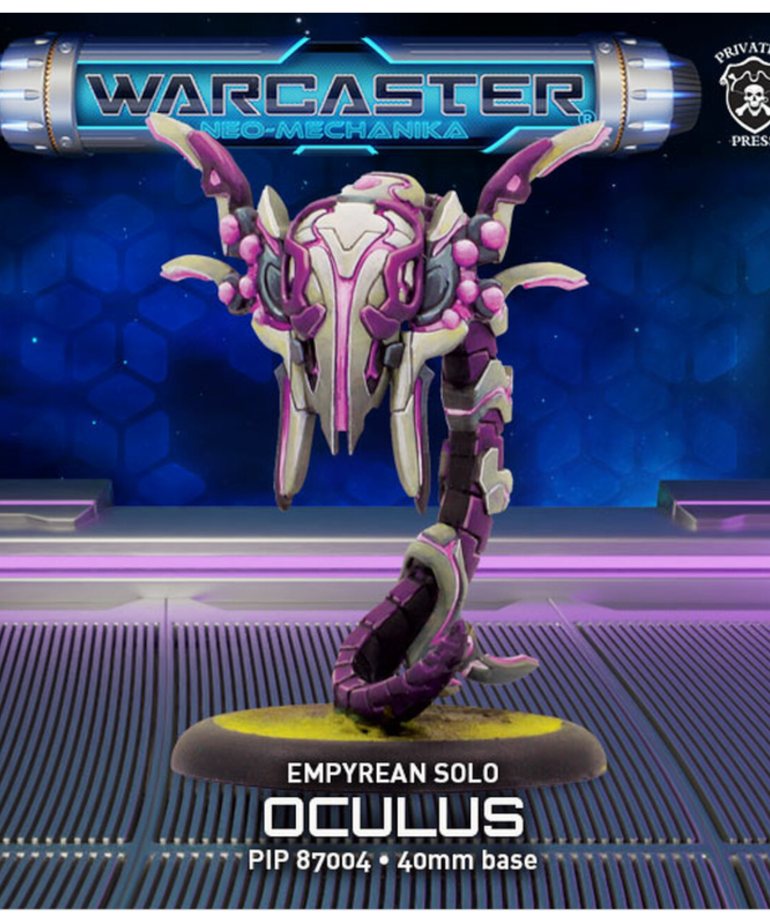 A robotic homunculus, the Oculus is the Empyreans’ synthetic weaver. Calibrated to maintain a constant psychic rapport with its controlling Warcaster, the Oculus moves about the battlefield seeking the perfect position to deliver its Warcaster’s eldritch power. Though lacking true autonomy or the natural theurge’s capacity to manipulate Arc, the Oculus is instead the product of arcane artifice, a perfect conduit to execute its master’s will.

- When you channel a Fury Cypher through this model, you can charge this model with up to 1 Arc

- While charged with Arc, ignore line of sight when resolving Fury attacks channeled through it

- When a Fury Cypher is channeled through this model, it can spike to reroll the attack roll Clear 1 Arc from the unit or void gate hit by this model’s Consecrator melee weapon