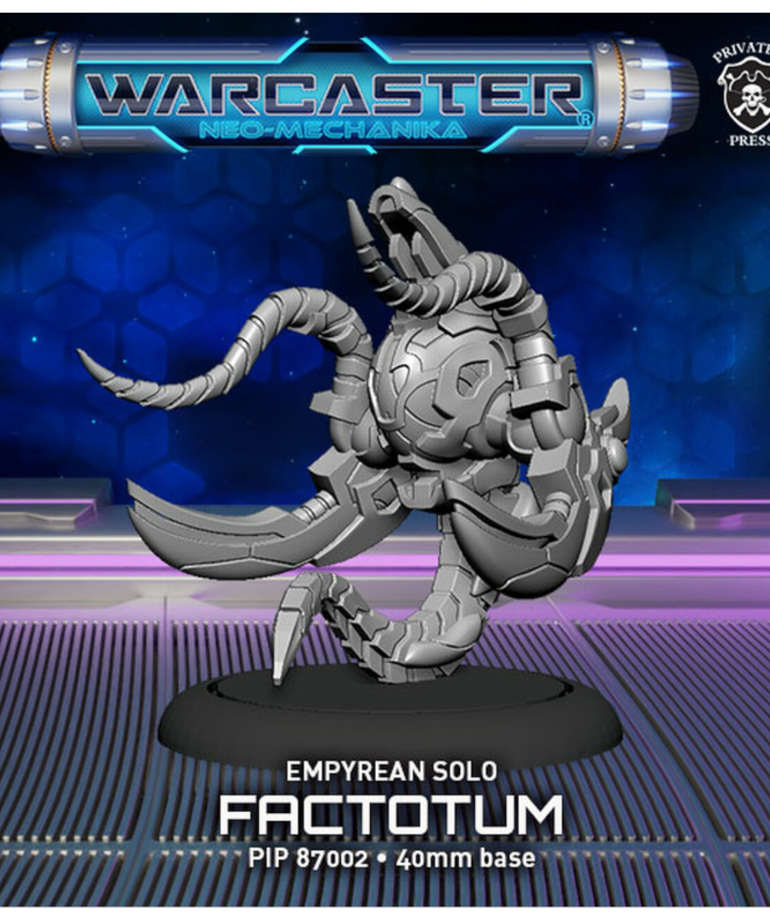 The Factotum is a specialized robotic servitor designed to repair and maintain Empyrean technologies. The Factotum’s sophisticated but limited artificial intelligence is focused almost entirely on this role, allowing the machine to perform its duties skillfully and autonomously. Armed with powerful tendrils that allow it to move and manipulate the damaged tools of war it was designed to repair, the Factotum can be a surprisingly brutal opponent in close combat.

- When targeted with a Cypher, whether friendly or enemy, you can charge it with up to 1
Arc if it is not already charged

- When this model hits a warjack with its Tentacle Clam melee weapons while charged,
the warjack suffers the System Failure continuous effect