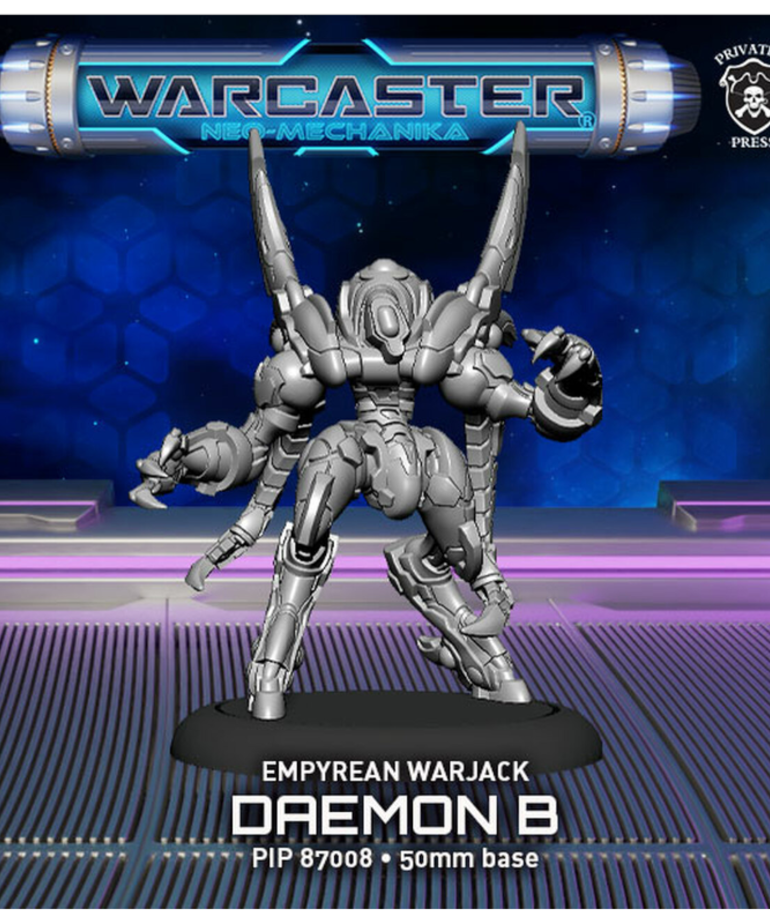 The Daemon is the most commonly encountered of the Empyreans’ advanced warjacks. While possessing limited artificial intelligence, the Daemon is slaved to the will of the Warcaster, and it executes orders without thought or hesitation. These warjacks are typically heavily armed with hardpoints set into the arms and back. They are also equipped with a variety of enhanced mechanikal adaptations, including an Aegis Field capable of blunting the impact of all manner of ranged attacks. These adaptations, however, are not all defensive in nature. The Daemon’s Disruption Engine enables it to cleave through its target’s arcane defenses, dispelling enemy Cyphers on contact.

- Different cortex and weapon selections add modular utility to this warjack. The warjack
has two arm and one back hardpoint for weapons

- While charged, this warjack always has cover

- When this model hits a target with an attack, it can spike to cause enemy Cypher cards
on the model to expire