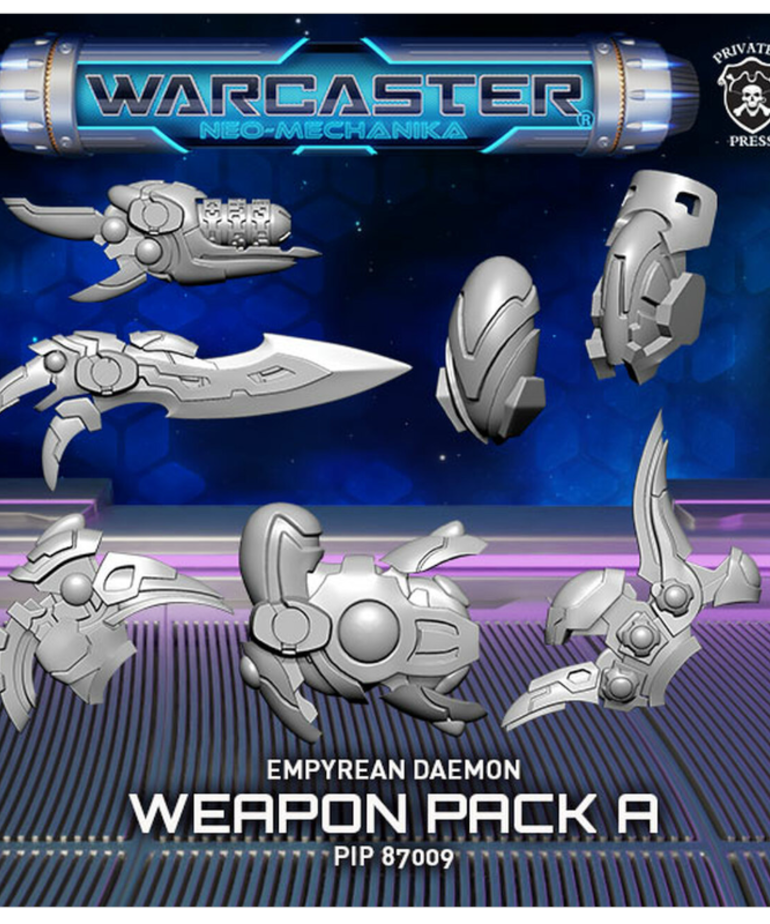 It would be a gross understatement to say that the warjacks employed by the Empyrean forces were the most advanced in the galaxy. The simple fact is that they operate on principles not yet fully understood even by humanity’s greatest mechanical engineers. Those who have inspected wrecks left on the battlefield believe that the likes of the Daemon are powered by energy cells that draw ambient Arcanessence from the environment, but such findings remain far from conclusive. What is beyond debate is that the weaponry integrated into these machines is a cut above the capability of virtually every other Faction of the Hyperuranion. The most commonly witnessed Daemon weapons on the battlefields of the galaxy have been the force-edged, super-heated Plasma Blade, the wicked Gravitronic Lash, and the Phase Trajectile Cannon, a weapon that can literally fire through physical barriers as if they weren’t there. The machine’s back-mounted primary weapon systems include the devastating Nova Cannon and the rapid-fire Starfire Array. Like the warjacks of humanity, the capabilities of these machines are further enhanced by their cortexes. For the Daemon, these options include the Arc-sensitive Eidolon cortex and the stealthy Hound cortex. 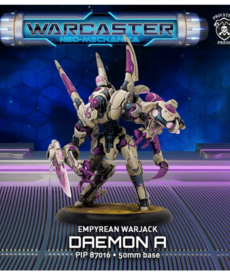