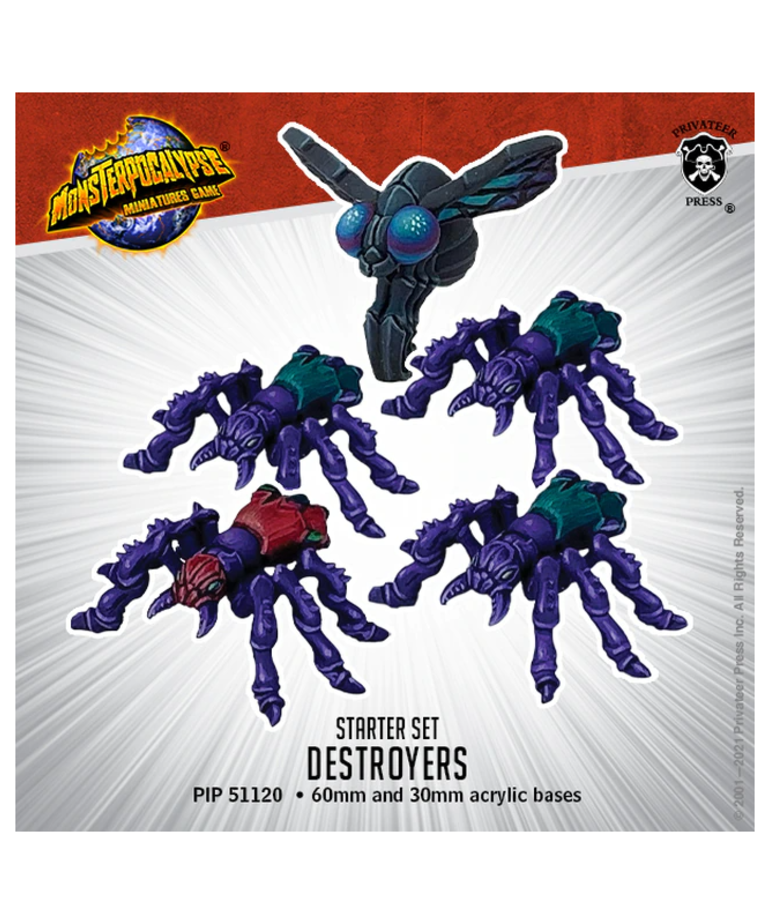 The Savage Swarm continues to scour the planet for resources to bolster their numbers. Drawn to the light of civilization, they have become the monsters that haunt the dreams of mankind. As their numbers continue to climb, new threats have emerged. Dire Ants move forward in lockstep, leaving nothing organic in their wake. They act as both the front line soldier and the workhorse of the Savage Swarm. Spy Flies, on the other hand, scout ahead of the swarm. They are able to interlink with the swarm collective, making them the eyes of the advancing army.

Dire Ants act in near-perfect cooperation with one another, taking the concept of Team Tactics to a whole new level. Their carapaces make them all but immune to small-arms fire as they spew Penetrating acid on their enemies. The Spy Fly brings Destroyers their first unit-based Spotter. And their visual prowess doesn’t end there—between their highly advanced compound eyes and their link to the swarm, they can Point Out hidden enemies with ease.