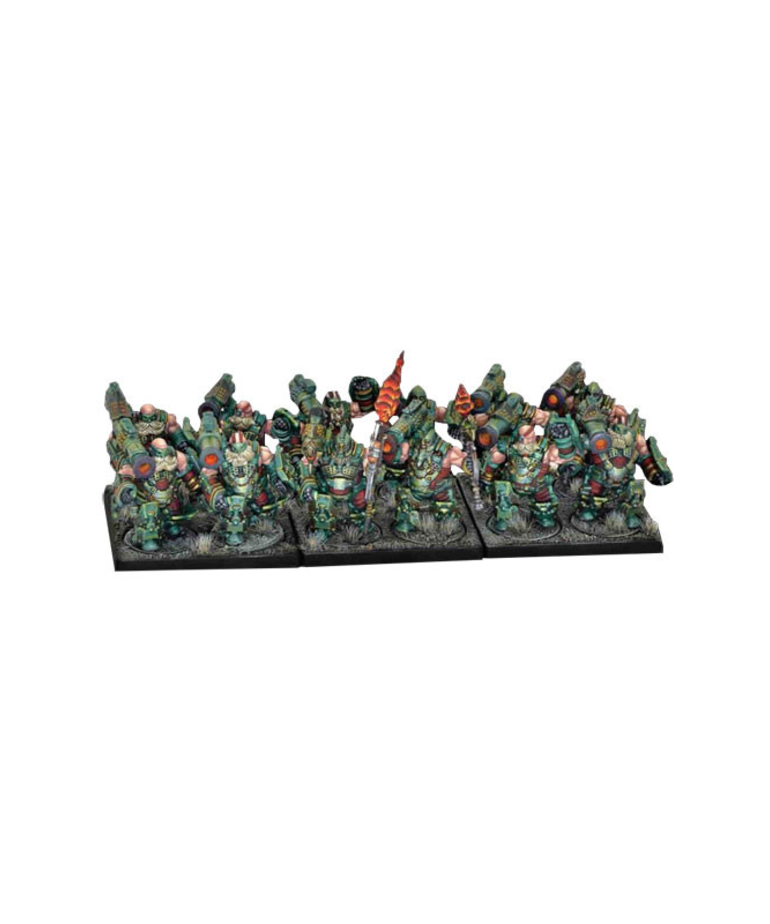 The Fireforged are a military force composed of those Dweghom who possesses a strong affinity for fire, but not enough power of discipline to become a Sorcerer. Ostensibly guards to the Forge Temples of the Tempered, along with the Stoneforged and Steelforged, their gifted nature and implanted shunts give the Forged units a unique advantage on the field of battle: the use of enhanced exoskeletons and weaponry.

Unlike their Stoneforged brethren, the exoskeleton of the Fireforged is focused simply on the delivery and containment of their main armament: the Blast Cannon. Based on a scaled down design of the Hellbringer Cannons used to hunt the greatest of dragons, the Blast Cannons draw and shape the uncontrolled gift of their Dweghom users to generate powerful directional blasts of superheated flame capable of puncturing even the heaviest of plate at a hundred paces. Their powered exoskeletons enhance their strength, allowing the Fireforged to remain mobile on the field of battle despite the weight of the Blast Cannon to deliver their powerful blasts where most needed. More than capable in close combat, the Fireforged can then follow up a devastating salvo with a savage charge, or easily fend off light units and skirmishers, allowing their heavy weaponry to be employed at bringing down the most heavily armored of foes.