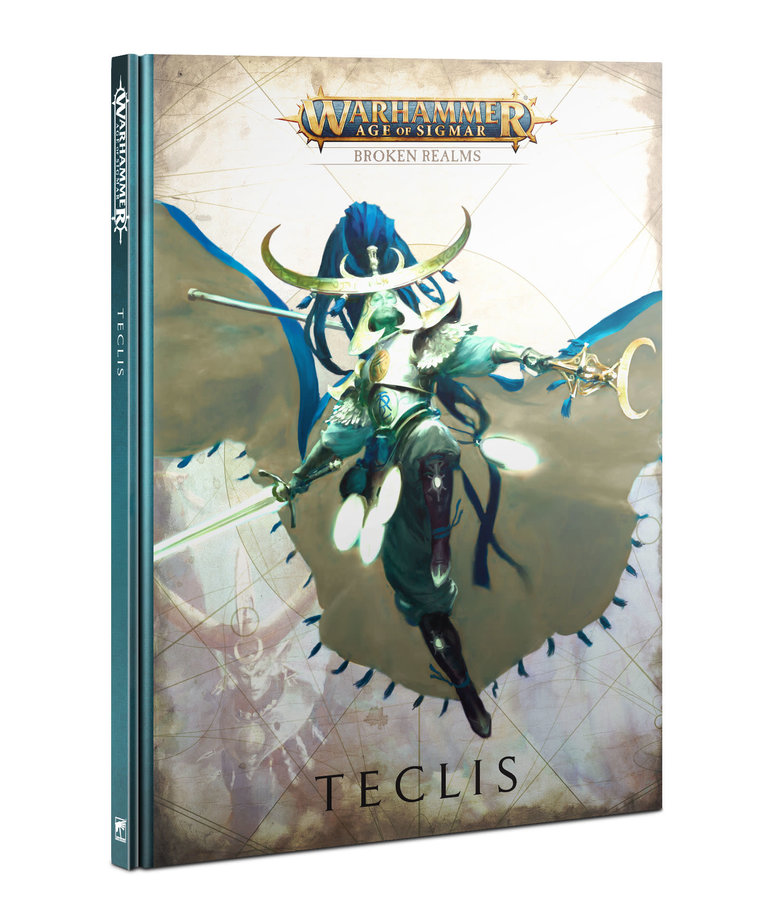 0 reviews
Add your review
- Archmage Teclis takes the stage in the second instalment of the Broken Realms saga
- New allegiance abilities for the Lumineth Realm-lords and Cities of Sigmar
- Includes Streets of Death rules, 6 new battleplans, and 4 warscroll battalions
0 In Stock
Add to wishlist / Add to compare / Print

Archmage Teclis leads his Lumineth hosts against the Great Necromancer in a battle to save the realms. Nagash has brought a ghastly era of hauntings upon the Mortal Realms, for the power of death is on the ascendant. Only now, when the hour is darkest, does the light of the Lumineth shine forth. Teclis, aelven god of magic, leaves his beloved dominion of Hysh to make war upon the Ossiarch Empire – but in doing so triggers a counter-attack that may see his sovereign lands destroyed. Who will win this ultimate duel of arcane might?

The next engrossing instalment in the Broken Realms saga moves from Morathi to Archmage Teclis and his Lumineth Realm-lords as they launch a risky venture against the Great Necromancer. The unravelling story will have massive consequences for several factions including the Lumineth Realm-lords, Maggotkin of Nurgle, and forces of Death – once again shifting the balance of power in the Mortal Realms. You’ll find fresh ways to play your games of Warhammer Age of Sigmar, alongside rules for new units, warscroll battalions, and more.