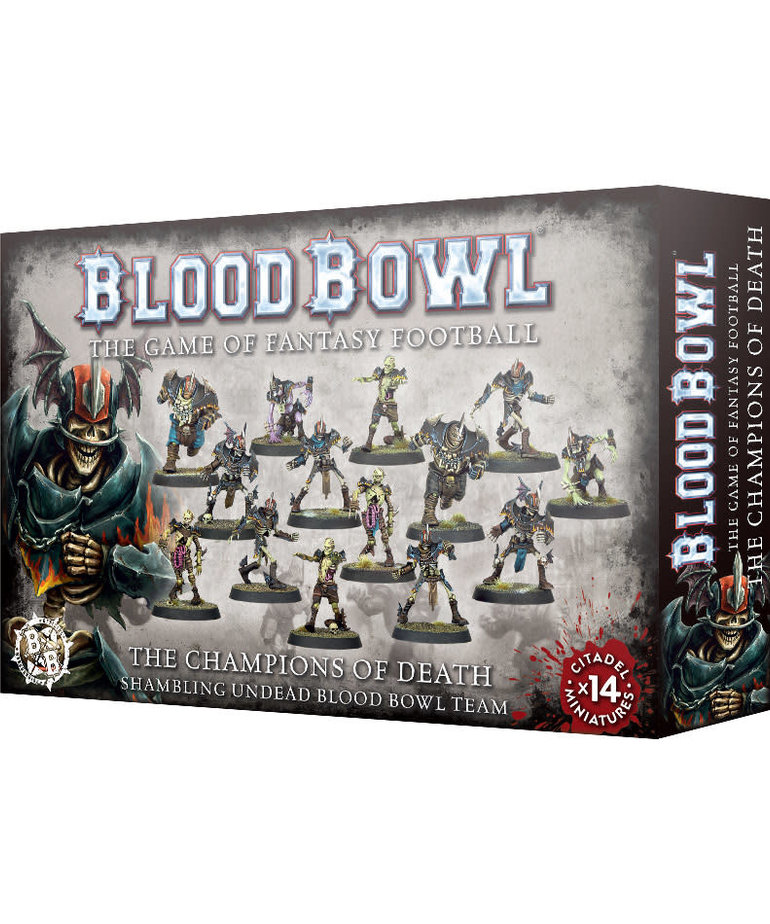 Shambling Undead teams are drawn from a mix of vicious undead creatures and former Blood Bowl players that died on the pitch and – through the art of necromancy – have been given the chance of a second career! Most famous of all the Shambling Undead teams that have graced (or stained) the pitch over the years are the mighty Champions of Death.