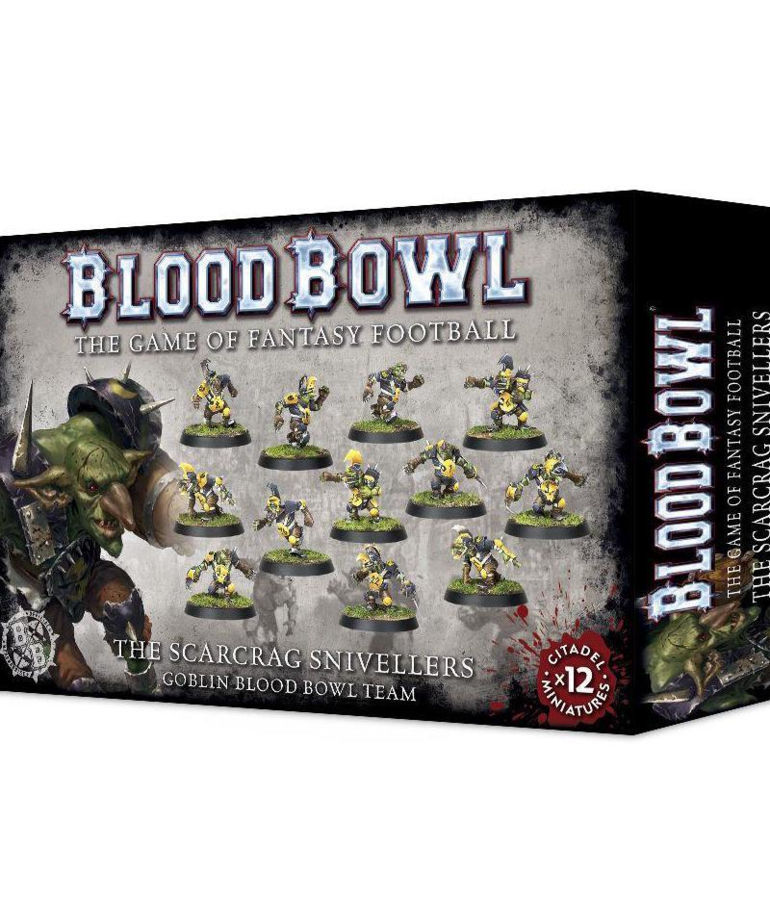 The Scarcrag Snivellers made a decision a long time ago to make an attempt at playing Blood Bowl without all the sneaky tricks employed by most Goblin teams. Eleven Goblins line up at the start of the match – no Trolls, no Secret Weapons – and do their very best to last at least a couple of drives before they’re stomped into the ground. Bizarrely, this doesn’t always end as badly for them as it probably should, and somehow the Scarcrag Snivellers seem to make it from season to season without being utterly wiped out…

Contents:
- Pick up a Goblin team for your games of Blood Bowl with this set of plastic miniatures. In it, you’ll find 12 multi-part Goblins, featuring 6 pairs of unique bodies and 7 pairs of unique heads, meaning no two Goblin teams need look alike! There are also 6 Goblin team balls, featuring the kind of dirty tricks the Scarcrag Snivellers frown upon – 2 deflated, 2 with Goblins stuck in them and 2 stuffed with dynamite – 2 turn counters and 2 double-sided team tokens. The 54-component kit is supplied with 12 32mm Blood Bowl bases and a 1,000,000 gold piece roster, including 8 (eight!) team re-rolls and Fan Factor 4! 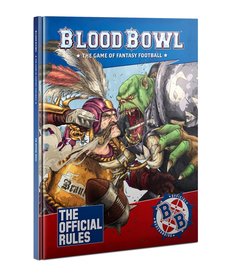