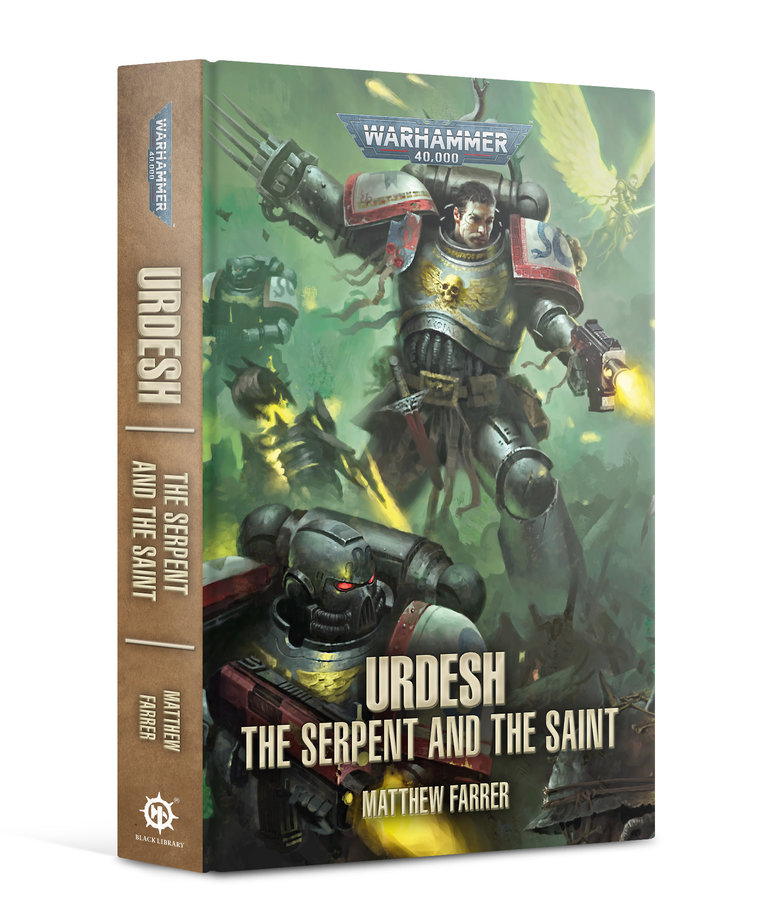 0 reviews
Add your review
- A Warhammer 40,000 novel, written by Matthew Farrer
- A tale of the Iron Snakes, a storied Chapter hailing from the ocean world of Ithaka
- Space Marines race to secure a reincarnated Imperial saint from the forces of Chaos
1 In Stock
Add to wishlist / Add to compare / Print

War rages across the surface of Urdesh as the Iron Snakes Space Marines attempt to hold the planet against a tide of Chaos forces.

READ IT BECAUSE
Urdesh is a brutal world, the fires of its forge-cities mixing with the many volcanoes and an endless expanse of battle wreckage littering the plains. When the reincarnation of Saint Sabbat herself appears on the blasted battlefields of Urdesh, powerful forces race to secure that which may decide the ultimate fate of the world, and the crusade at large.

THE STORY
The mighty world of Urdesh is burning. The smoke of war mingles with that of her many volcanoes; the wreckage of battle litters her forge-cities and chokes her fertile seas. Until the warriors of the Imperium can free Urdesh from the grip of the Anarch, the future of the entire Sabbat Worlds Crusade will hang in the balance.

Across these ashen battlefields strides Brother-Captain Priad and the warriors of Damocles Squad. They must keep safe one of the Imperium’s greatest weapons: the Beati, the reincarnated Saint Sabbat herself, whose very presence on Urdesh inspires the Imperial armies on to glory. But the enemy has plans for the Saint too, and against the malice of the Anarch and the trickery of the warp, the Iron Snakes may truly need a miracle to prevail…