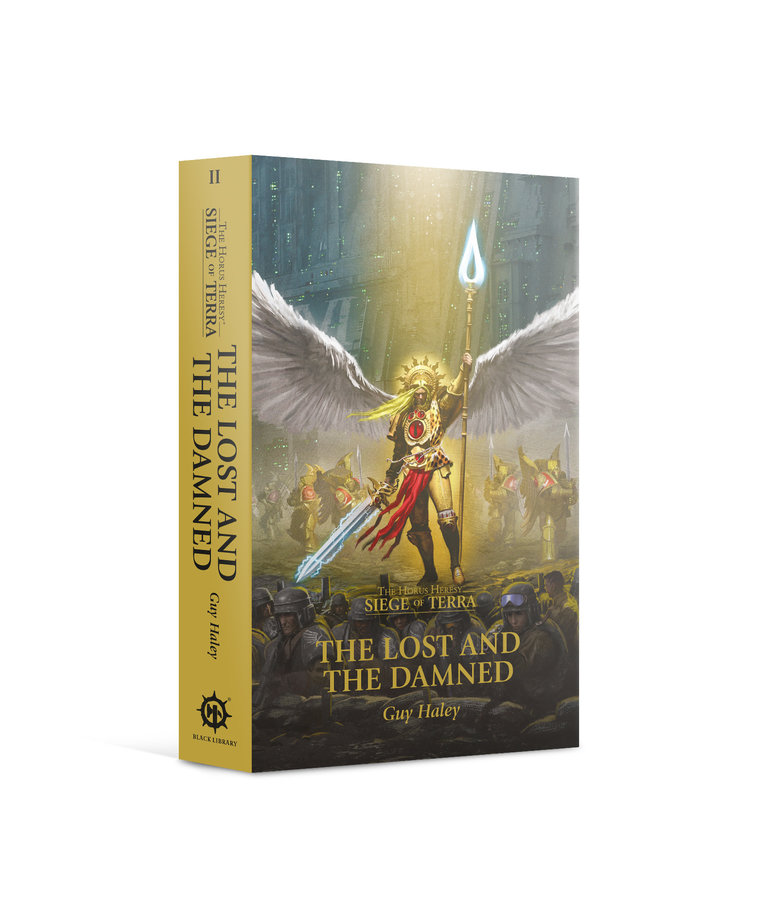 0 reviews
Add your review
- Siege of Terra Book 2
- Written by Guy Haley
- Experience ground war from the biggest battle ever!
0 In Stock
Add to wishlist / Add to compare / Print

The Solar War is over. The Siege of Terra has begun. As the Traitors unleash their deadliest weapons, the defenders of the Throneworld face nightmare and plague – but Terra must stand.

READ IT BECAUSE
Discover the lengths to which Horus will go to claim Terra as his own – and the horrors he is willing to set upon its defenders.

THE STORY
On the thirteenth day of Secundus, the bombardment of Terra began. With the solar defences overcome through the devastating strength of the Traitor armada and the power of the warp, Horus launches his assault on the Throneworld in earnest. After withstanding a ferocious barrage of ordnance, an immense ground war commences outside the Palace with every inch gained paid for in the lives of billions. The front lines are beyond horrific and the very air is reduced to poison and blood. Bodies are thrown into the meat grinder but the outer redoubts cannot possibly hold for long, even with the loyal primarchs to reinforce them, for Horus has his own generals to call upon. Between the plague weapons of Mortarion and the fury of Angron, the defenders face a losing battle.