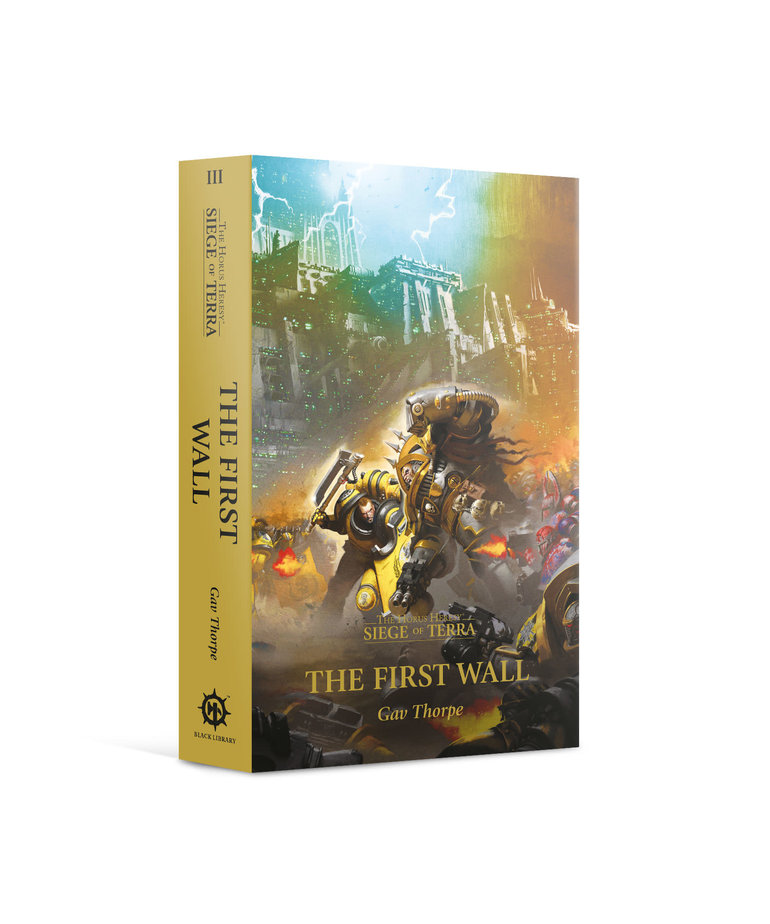 0 reviews
Add your review
- Siege of Terra Book 3
- Written by Gav Thorpe
- The Iron Warriors seek to break the Imperial Fists' defences around the Palace!
1 In Stock
Add to wishlist / Add to compare / Print

The outer defences have fallen, and the walls of the Imperial Palace await the Traitors. Perturabo is determined to tear down the mighty edifices his brother and bitter rival Rogal Dorn has built – but first he must take the Lion's Gate Spaceport, so that his heaviest weapons can land…

READ IT BECAUSE
It's time for Rogal Dorn's defences get their real test – the attention of Perturabo and the Iron Warriors. The irresistible force meets the immovable object – and carnage ensues.

THE STORY
The war for the fate of mankind blazes on. Though the outer defences have fallen, the walls of the Palace itself remain inviolate as Rogal Dorn, the Praetorian of Terra himself, uses every known stratagem and ploy to keep Horus' vast armies at bay. In Perturabo, the Traitor siegebreaker, Dorn faces an adversary worthy of his skill. A terrible, grinding attrition ensues. The crucial battle for the Lion's Gate spaceport is at the heart of this conflict. With it in their possession, the Traitors can land their most devastating weapons on Terran soil. Dorn knows it must not fall. But with enemies attacking from within as well as without and the stirrings of the neverborn drawn to the slaughter, can the Imperial defenders possibly prevail?