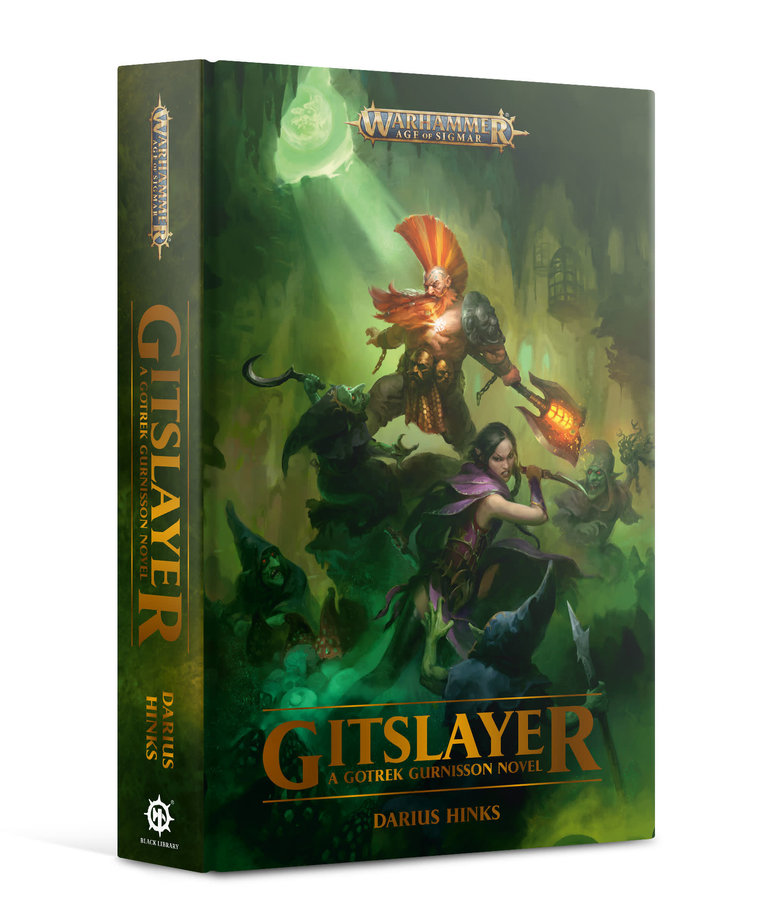 When the Bad Moon rises, Gotrek Gurnisson descends into the heart of Skragrott the Loonking's twisted, fungal empire in pursuit of vengeance.

READ IT BECAUSE
The Slayer hunts the most ancient enemies of his people in the heart of their domain. It may not be the world he was born in, and they may go by the name grots now, but no self-respecting dwarf is ever going to turn down the chance to kill hordes of goblins…

THE STORY
Hell-bent on ridding himself of the Fyreslayer rune buried in his chest, Gotrek Gurnisson, the greatest Slayer to ever live, travels deep into the strange, alchemical realm of Chamon. Using their mysterious aether-science, the Kharadron Overlords of Barak-Urbaz offer an end to Gotrek’s quest. But, as the Bad Moon rises and murderous Gloomspite Gitz threaten to destroy the sky-port, Gotrek pits himself against the most ancient enemy of his people – the greenskins. While his aelven travelling companion, Maleneth Witchblade, struggles to keep him alive, Gotrek throws himself headlong into a bloody battle for survival that will take him into the dank, fungal heart of Skragrott’s Asylum.