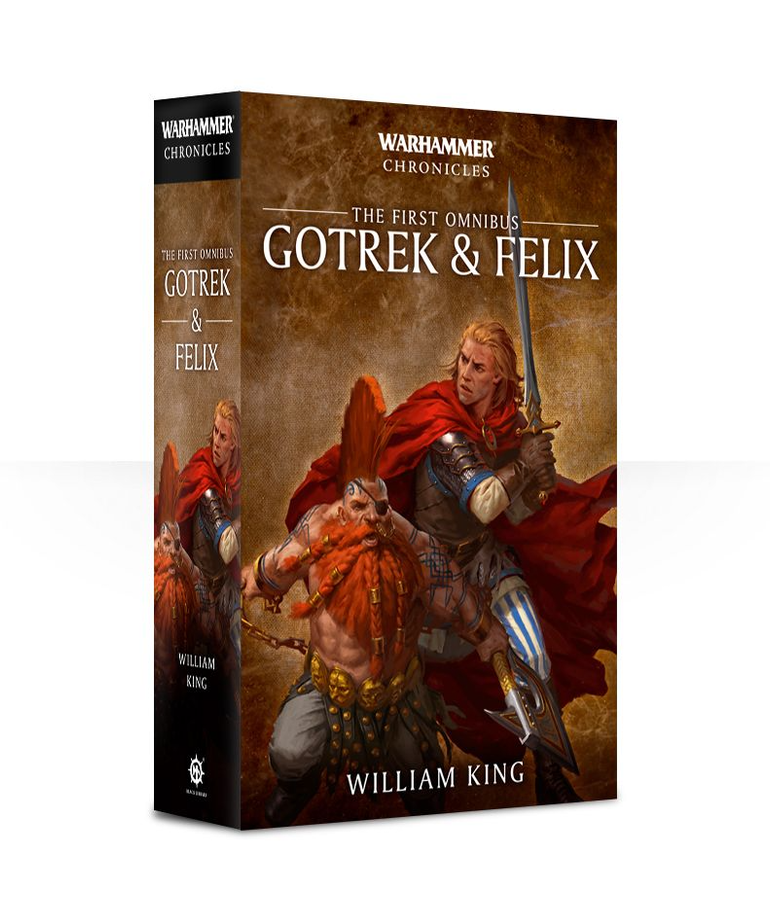 0 reviews
Add your review
- The saga of Gotrek and Felix starts here, with three novels that introduce a host of fan-favourite characters and feature some of the heroic duo's most memorable adventures.
1 In Stock
Add to wishlist / Add to compare / Print

Of all the heroes of the world-that-was, Gotrek and Felix may be the greatest – and this collection of novels and short stories showcases their earliest adventures.

READ IT BECAUSE
The saga of Gotrek and Felix starts here, with three novels that introduce a host of fan-favourite characters and feature some of the heroic duo's most memorable adventures.

DESCRIPTION
Gotrek and Felix: unsung heroes of the Empire, or nothing more than common thieves and murderers? The truth perhaps lies somewhere inbetween, and depends entirely on who you ask…

Relive the early adventures of the Slayer and his human companion. From the haunted forests of the Empire to the darkness beneath the Worlds Edge Mountains, Gotrek and Felix face demented cultists, sinister goblins and a monstrous troll. In the city of Nuln, they get involved in an invasion by the sewer-dwelling skaven. And in the frozen north, an expedition to the lost dwarf hold of Karag Dum brings Gotrek and Felix face-to-face with a dread Bloodthirster of Chaos…

This omnibus contains the first three Gotrek & Felix novels by William King, plus five additional short stories that take the heroic duo into dark adventures in the depths of the Old World.

Contents:
- Trollslayer, Skavenslayer, Daemonslayer & Death and Glory by William King
- A Place of Quiet Assembly by John Brunner
- Blood Sport by Josh Reynolds
- Kineater by Jordan Ellinger
- Mind-Stealer by C L Werner
- Also includes a Gotrek & Felix Gazetteer, a guide to the characters and locations of the series