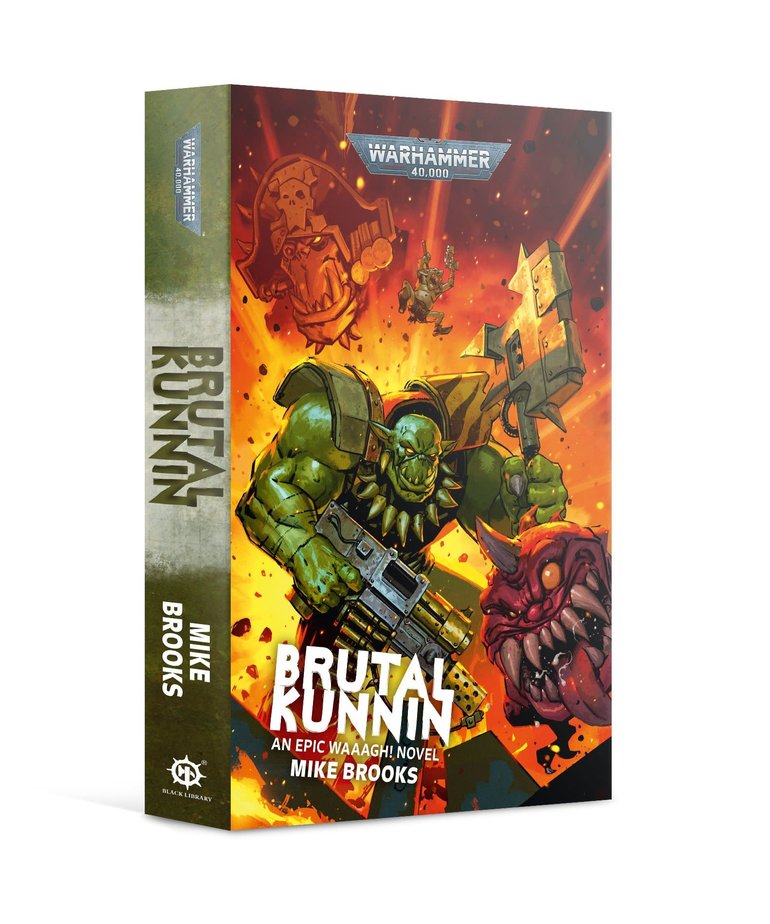 0 reviews
Add your review
- An Orks novel, written by Mike Brooks
- A darkly hilarious tale of co-operation and treachery among greenskins
- WAAAGH!
1 In Stock
Add to wishlist / Add to compare / Print

When Ufthak and his orks attack the forge world of Hephaesto, the last thing they want is to share the spoils with the notorious Kaptin Badrukk. But with armies to defeat and loot to seize, Ufthak's boyz might just need Badrukk's help – though that doesn't mean they can trust him…

READ IT BECAUSE
Get into the heads of a band of orks in the first-ever novel from their point of view. Discover what it takes to be part of the Waaagh! and carve out your own little piece of glory amidst the mayhem in a novel that's brutal, kunnin' – and darkly hilarious.

THE STORY
Ufthak Blackhawk and the green tide descend upon Hephaesto – an Adeptus Mechanicus forge world bristling with loot – only to find it already under siege by the notorious Freebooter Kaptin Badrukk. When his warboss, Da Biggest Big Mek, orders temporary co-operation, Ufthak seeks to make a name for himself by crushing some of the Imperium’s most advanced defenders and claiming the greatest prize. But with a sinister new war machine on the horizon, Badrukk’s plotting, and a thoroughly annoying grot in his way, Ufthak is going to need the brutal kunnin’ of Mork himself just to survive.