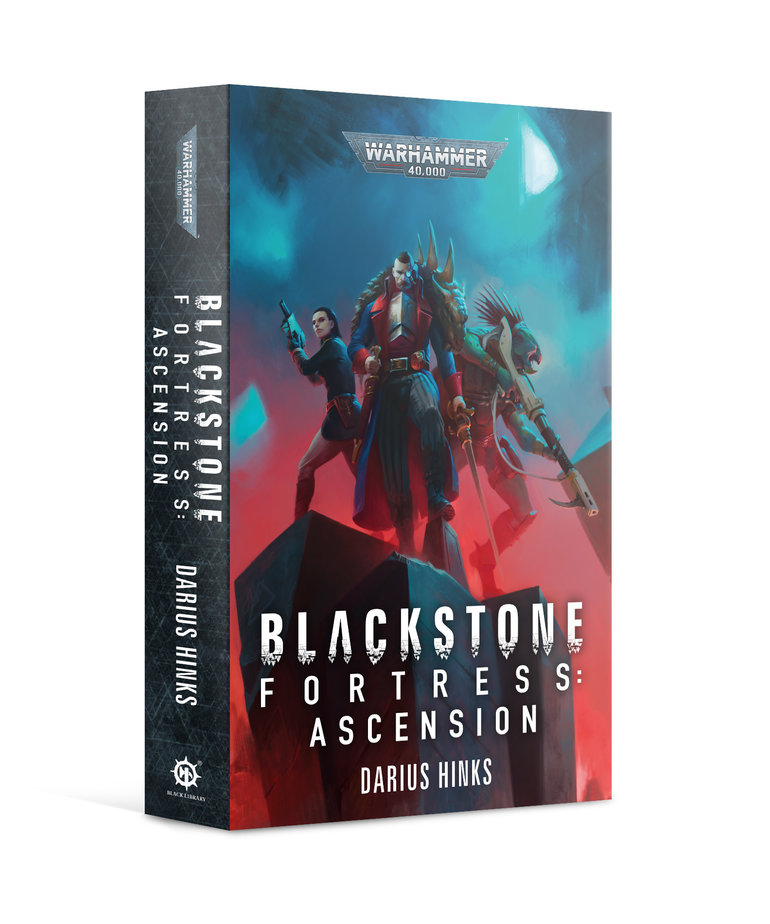 Stripped of his titles and riches, rogue trader Janus Draik leads a desperate expedition into the Blackstone Fortress in an attempt to restore his fortunes and save Precipice from deadly peril.

READ IT BECAUSE
Get into the heart of Blackstone Fortress and discover the bonds between the explorers in a novel packed with action, intrigue and character drama.

THE STORY
Precipice is dying. For weeks, the space port has been battered by hellish geomagnetic storms, the work of sinister goings-on within the nearby Blackstone Fortress – a vast, ineffable creation that looms in the darkness of the void. Fragile alliances between Precipice’s xenos and human inhabitants crumble as the port’s docking points are destroyed, eroding any hope of escape.

Amid this bedlam, opportunistic rogue trader Janus Draik remains coolly unaffected. As an apocalyptic tempest threatens the life of his crew, Draik bitterly ponders a letter he has received from his father, disowning him and stripping him of his rank, titles and inheritance. In a last-ditch attempt to restore his fortune, Draik unites the disparate adventurers of Precipice to delve even deeper into the mysteries of the Blackstone Fortress. Once there, he learns of a threat that could endanger not just his own future, but the Imperium as a whole. Draik must mend the brittle bonds of trust, loyalty and respect between the survivors to destroy this abominable intelligence and avert disaster.