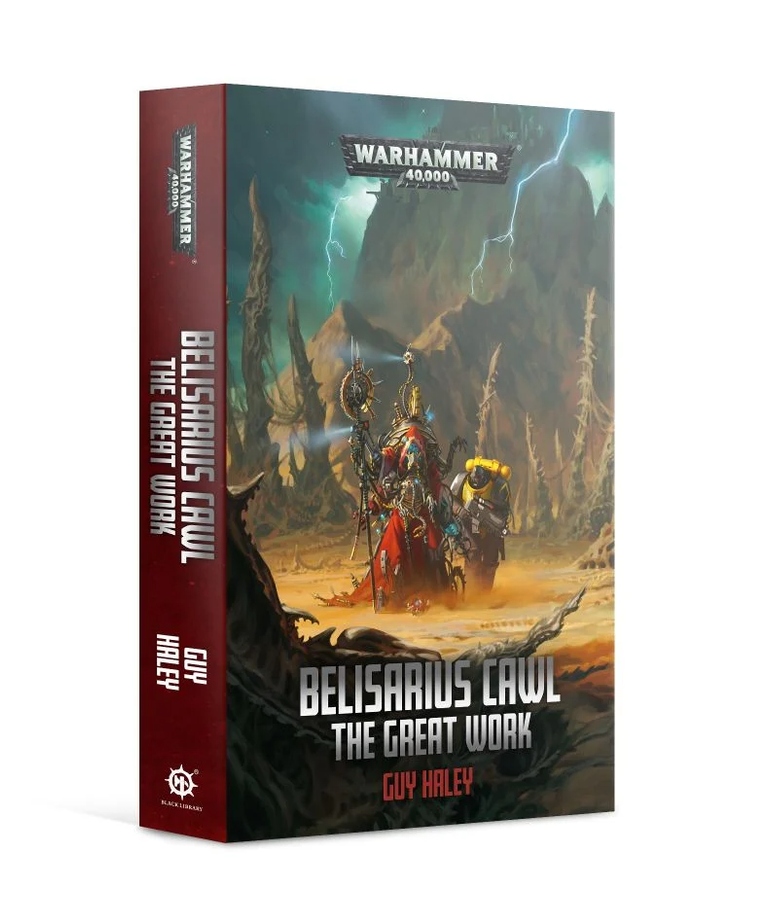 In the wake of the Great Rift, Belisarius Cawl turns his attention to the abandoned world of Sotha. Once home to the Scythes of the Emperor, it also hides a long-buried secret… and an ancient evil.

READ IT BECAUSE
Cawl is one of the most fascinating characters in the Dark Imperium, and Guy Haley gets right into his memory circuits as he seeks ancient secrets that will blow your mind.

THE STORY
Belisarius Cawl, Archmagos Dominus of the Adeptus Mechanicus is the most brilliant mind alive. For 10,000 years he has furthered the cause of mankind, working under the aegis of the Emperor and Lord Commander Roboute Guilliman to prevent the inexorable march of the alien and the traitor. Many call him heretic, but all must recognise the magnitude of his achievements, for who else but he was entrusted to create a new generation of Space Marines? Who else but the great Belisarius Cawl could even accomplish such a task?

Now, in the wake of the Great Rift and the Indomitus Crusade, his ambitions bring him to the long-dead world of Sotha, once home to the Scythes of the Emperor, now a barren wasteland devoured by the vile Tyranids. Accompanied by Tetrarch Felix and his elite warriors, it is here that Cawl believes the lynchpin of his mysterious Great Work lies. But uncovering it is a near impossible task, one in which the Archmagos must overcome an ancient evil that threatens to extinguish the last hope of humanity.