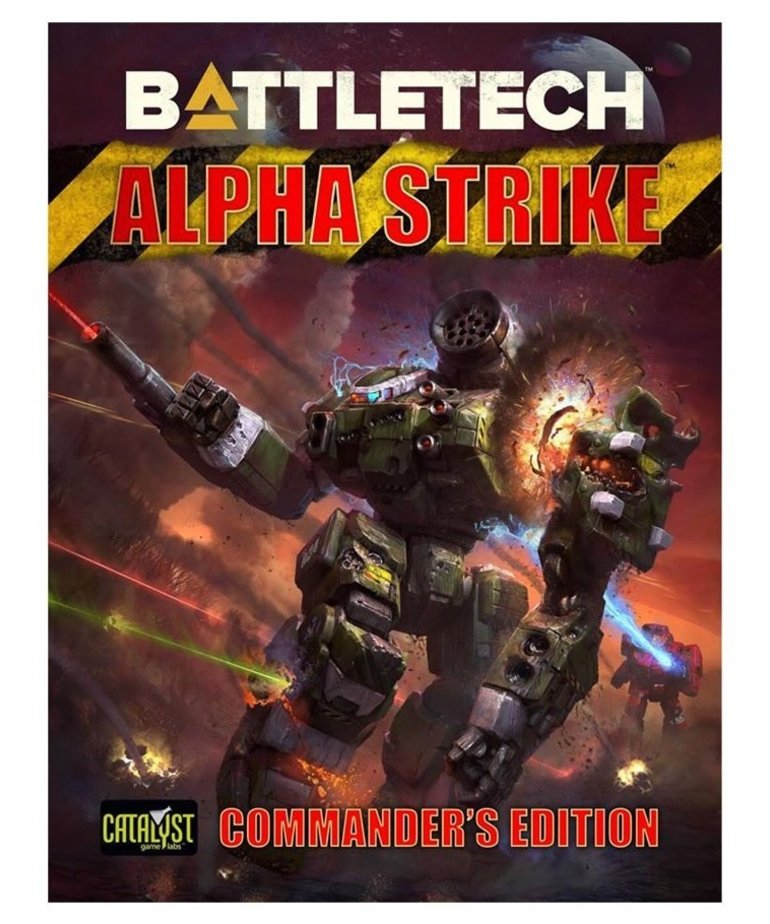 In the BattleTech universe there remains one constant: the drums of war. And where there is war, valiant military commanders from the Great Houses, the Clans, and other interstellar nations lead the charge of hulking BattleMechs, brave infantry, and daring aerofighters to certain victory or crushing defeat on the sprawling battlefields of distant worlds. Rally your troops onward into the fray, and surge forth to triumph over the enemy.

Alpha Strike: Commanderâ€™s Edition collects into one handy volume the revised fast-play rules from the original Alpha Strike and the expanded rules from Alpha Strike Companion. Take command of large-scale engagements with tabletop-miniatures gameplay designed for the modern wargamer. Use the force-creation rules to marshal your armies, charge them into battle, and either reap the rewards of conquest or taste the bitter pill of defeat. The future of the Inner Sphere is in your hands!