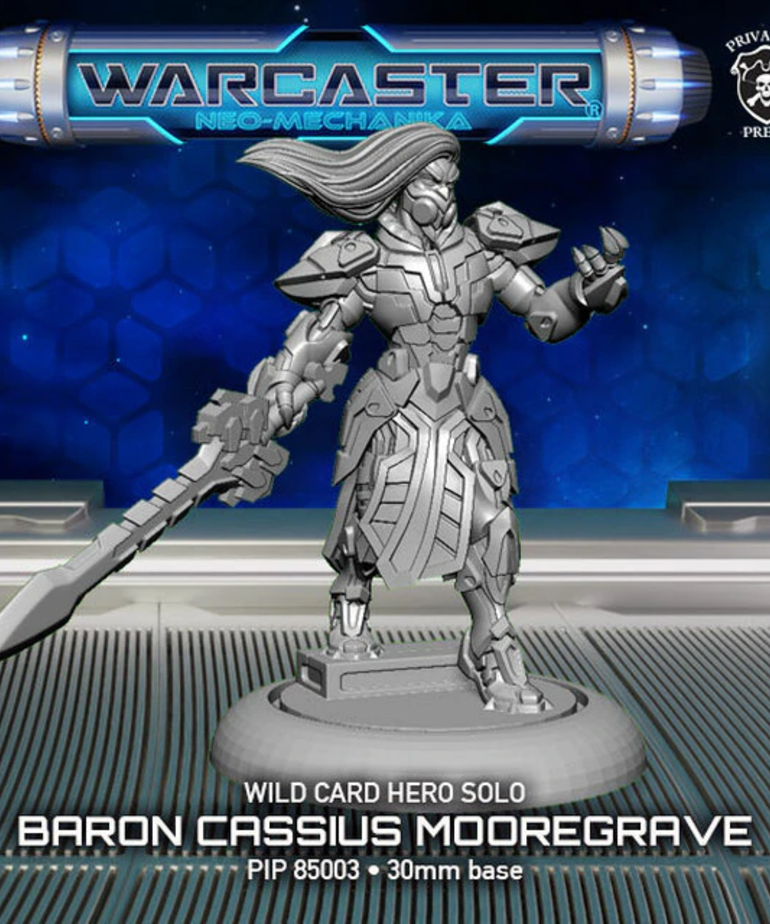 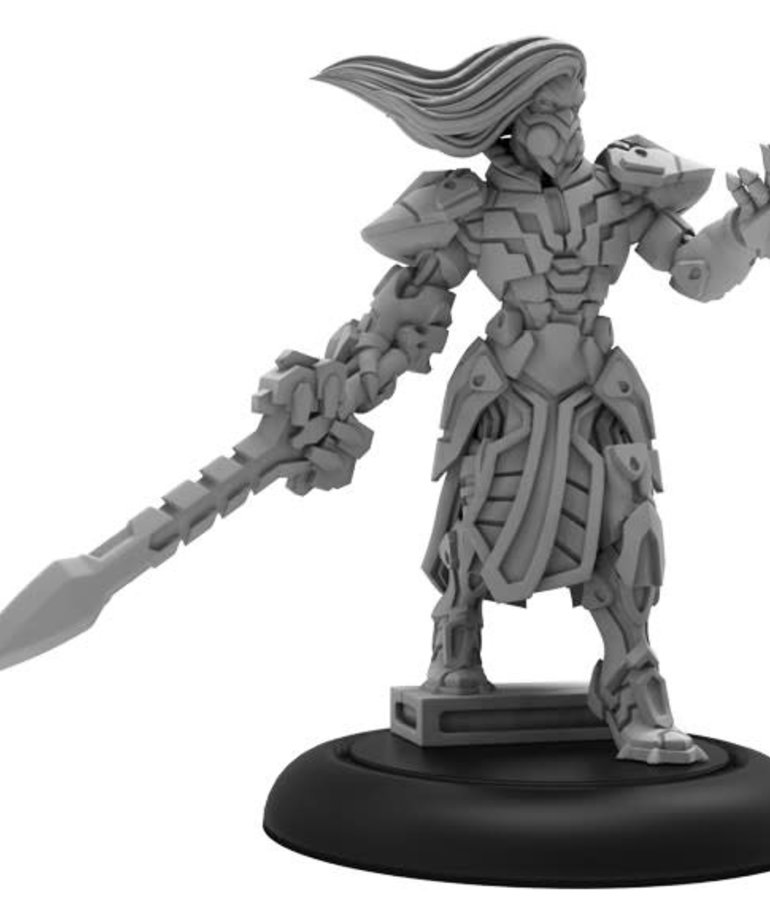 0 reviews
Add your review
Baron Cassius Mooregrave is a Hero from the Wild Card faction of the game Warcaster: Neo-Mechanika from Privateer Press with the item number PIP85003.
1 In Stock
Add to wishlist / Add to compare / Print

The much-feared scion of a powerful elector family with connections throughout the Supreme Concordiat, Baron Mooregrave’s unnatural lifespan has cast a long shadow over the courts of the Iron Star Alliance for centuries. Believed to be cursed or mad or both, his obsession with the Arcane is well known but the secrets of his longevity less so. While the intelligence services of the Alliance have long-suspected him of treasonous collaboration with the outlawed Aeternus Continuum, the truth is even stranger. Long ago, Mooregrave claimed the artifact weapon Oblivion from a forgotten alien world. A blade of incalculable darkness, Oblivion consumes the souls of those felled by it, empowering the noble revenant and extending his life well beyond mortal means.

Baron Cassius Mooregrave will work for both Alliance and Continuum forces. The Living Terror that surrounds Baron Mooregrave gives him +2 DEF against warrior models, whether or not they draw breath. When Mooregrave destroys an enemy that was charged, you can immediately choose to charge Mooregrave as he steals the Arcane spark from his victim. Additionally, each time Mooregrave destroys a warrior model, you can remove damage from him. Once per turn, Moorgrave can spike to advance 3˝ and make an additional melee attack.