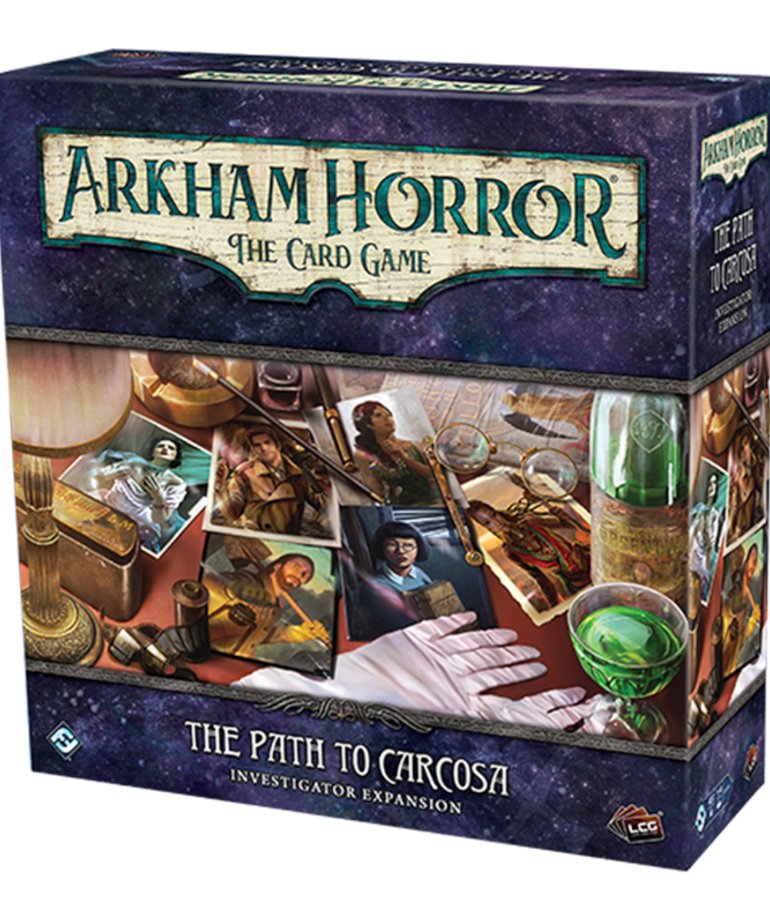 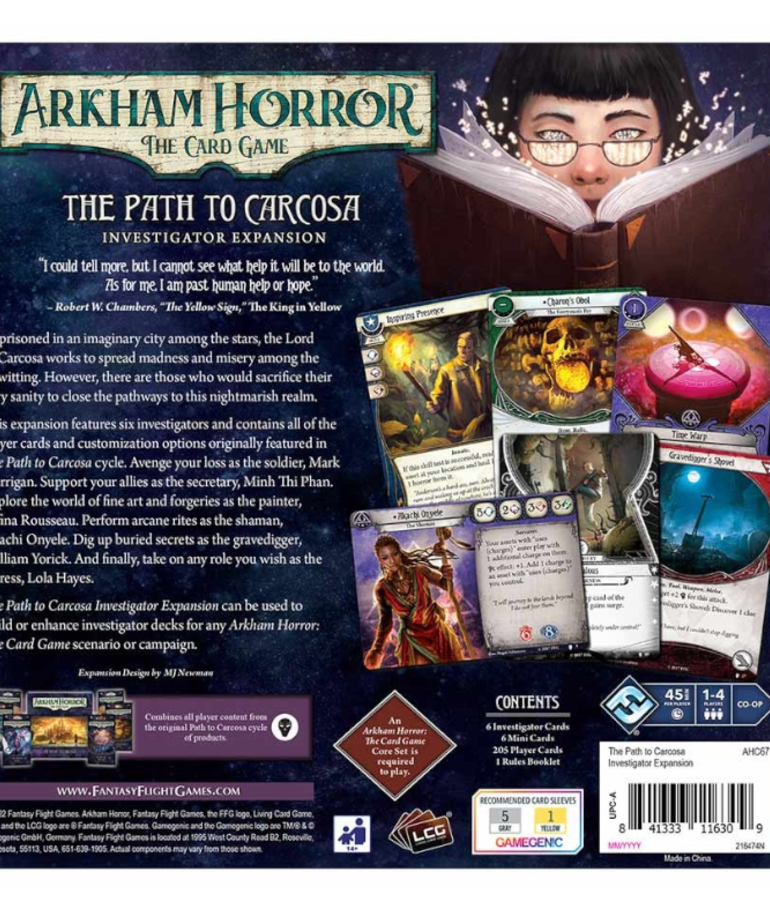 0 reviews
Add your review
The Path to Carcosa is an Investigator Expansion for the card game Arkham Horror by Fantasy Flight Games with the item number AHC67.
5 In Stock
Add to wishlist / Add to compare / Print

Imprisoned in an imaginary city among the stars, the Lord of Carcosa works to spread madness and misery among the unwitting. However, there are those who would sacrifice their very sanity to close the pathways to his nightmarish realm.

The Path to Carcocsa Investigator Expansion features six investigators for Arkham Horror: The Card Game and contains all of the player cards from the original The Path to Carcosa cycle of content. Take revenge as the soldier, Marke Harrigan; support your allies as the secretary, Minh Thi Phan; explore the artistic world as the painter, Sefina Rousseau; perform arcane rites as the shaman, Akachi Onyele; unearth buried secrets as the gravedigger, William Yorick; and take on any role you wish as the actress, Lola Hayes.

This expansion is a fantastic addition to any Arkham Horror: The Card Game player’s collection, and the cards within can be used to build or enhance investigator decks for any of the game’s scenarios or campaigns.