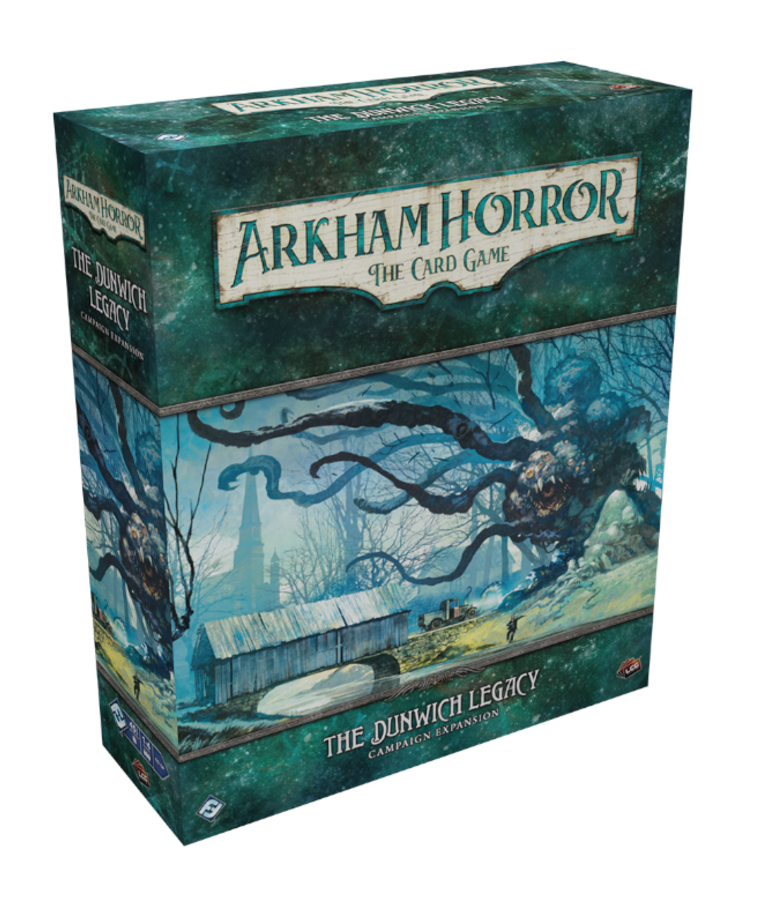 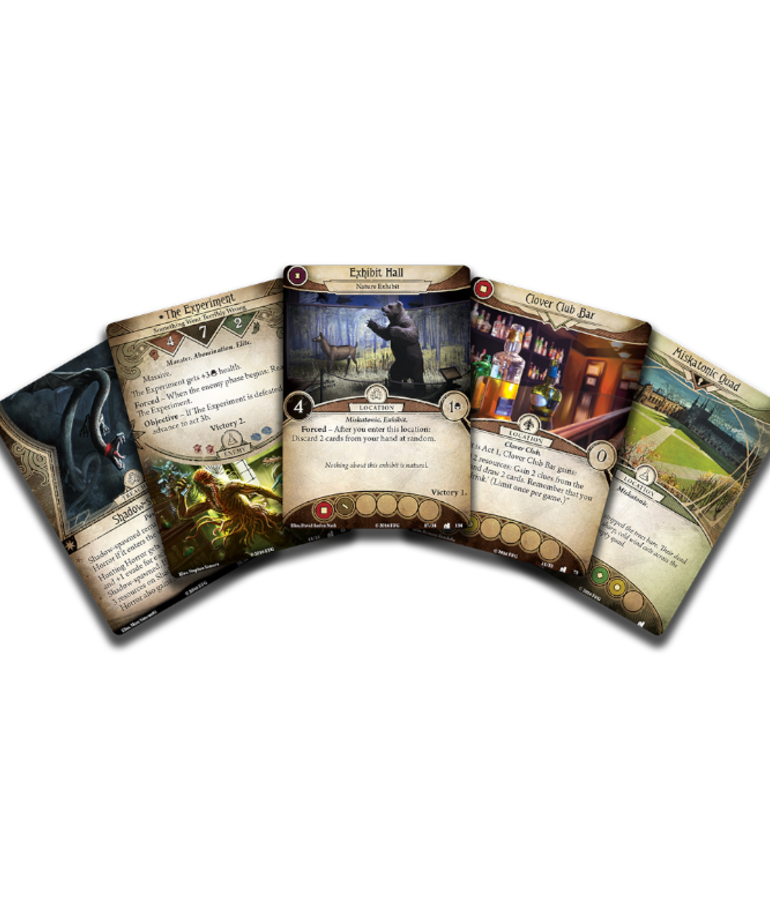 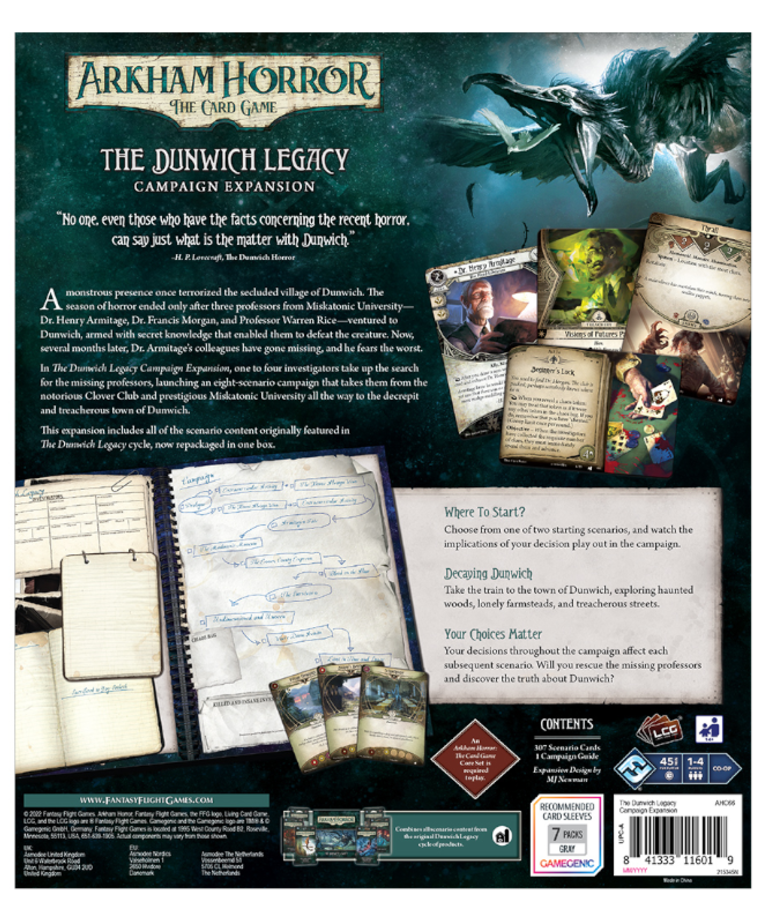 0 reviews
Add your review
The Dunwich Legacy is a Campaign Expansion for the card game Arkham Horror by Fantasy Flight Games with the item number AHC66.
1 In Stock
Add to wishlist / Add to compare / Print

A monstrous presence once terrorized the secluded village of Dunwich. The season of horror ended only after three professors from Miskatonic University—Dr. Henry Armitage, Dr. Francis Morgan, and Professor Warren Rice—ventured to Dunwich, armed with secret knowledge that enabled them to defeat the creature. Now, several months later, Dr. Armitage’s colleagues have gone missing, and he fears the worst.

In The Dunwich Legacy Campaign Expansion, one to four investigators take up the search for the missing professors, launching an eight-scenario campaign that takes them from the notorious Clover Club and prestigious Miskatonic University all the way to the decrepit and treacherous town of Dunwich.

This expansion includes all of the scenario content originally featured in The Dunwich Legacy cycle, now repackaged in one box.