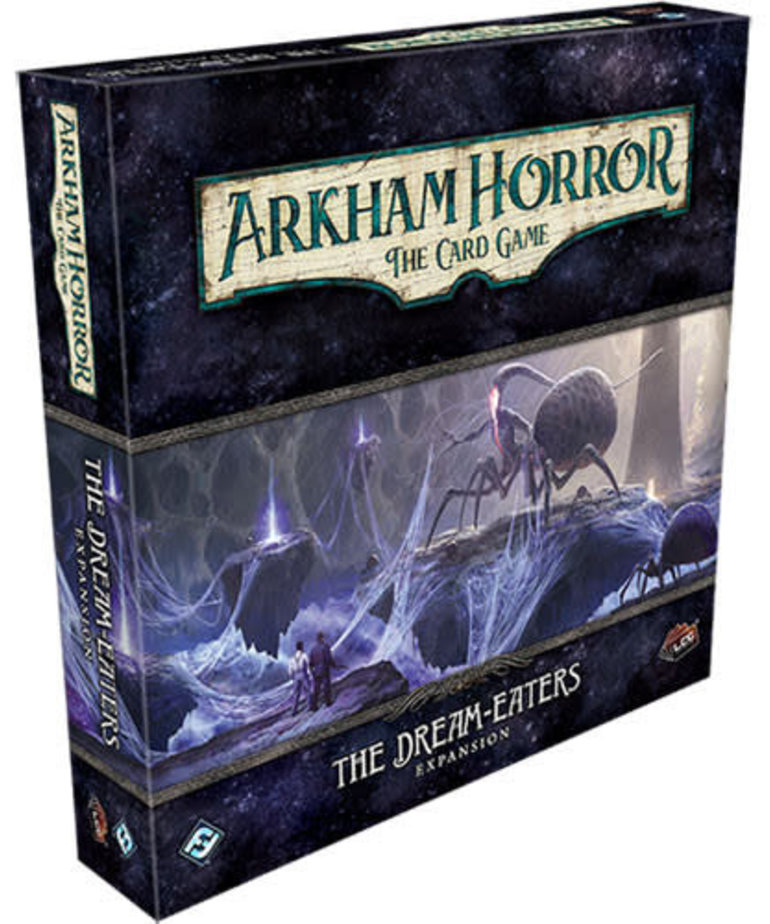 There is a hidden realm outside the world of the waking: a realm of wonder, imagination, and nightmares. After occult author Virgil Gray writes about his adventures in these “Dreamlands,” you decide to set forth and learn the truth for yourself. What is real, and what is fiction? And what secrets await in the dark, forbidden places beyond the gates of sleep?

The Dream-Eaters is the fifth deluxe expansion for Arkham Horror: The Card Game. In this expansion, one to four players take on the roles of either a group of investigators venturing into the Dreamlands or their companions who have been left in the waking world. This expansion contains the first two scenarios of The Dream-Eaters cycle; one scenario for each of these two groups. This expansion also contains new investigator and player cards that increase the customization options for the game.