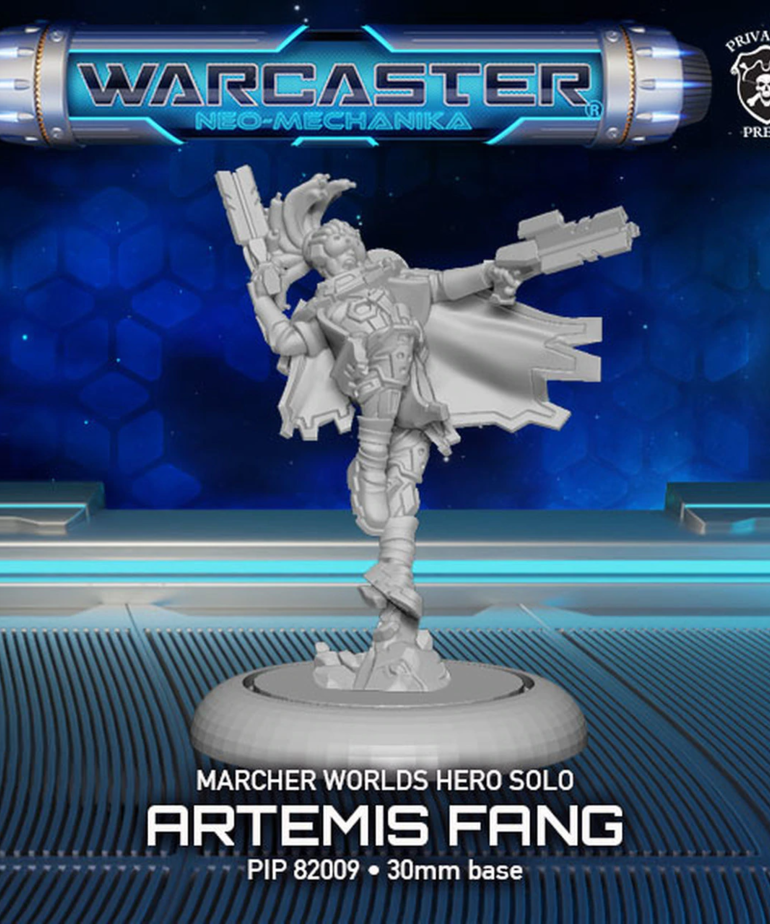 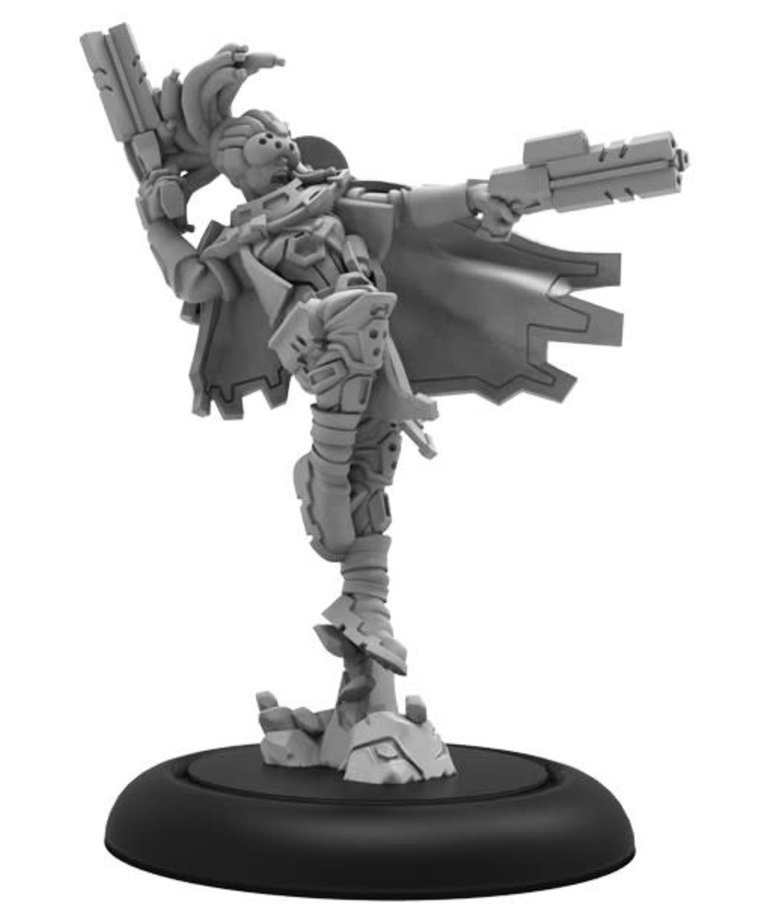 Artemis Fang is one of those rare warriors known to her enemies almost as well as she is to the Rangers and freedom fighters she serves alongside. Possessing a steely nerve, deadly skill, and the powers of a born theurge, Fang is a gun mage, a member of an ancient tradition whose origins are lost to history. She moves through combat like a living maelstrom of destruction, empowering the hail of gunfire she unleashes with potent arcane energies. Though few who meet her in battle live to tell the tale, the stories told by those who do only add to her legend.

As a gun mage and a theurge, Artemis Fang can generate and control minor mechanikal effects, specifically her suite of Attack Modes, which she can use to empower every shot fired from her Arclock Pistols. Each of the mechanikal pistols’ three barrels can be used to channel a different arcane effect. While charged, her pistols’ Smart Lock special rule enables her to ignore cover. Fang can spike in battle to attack a second time with each of her pistols.