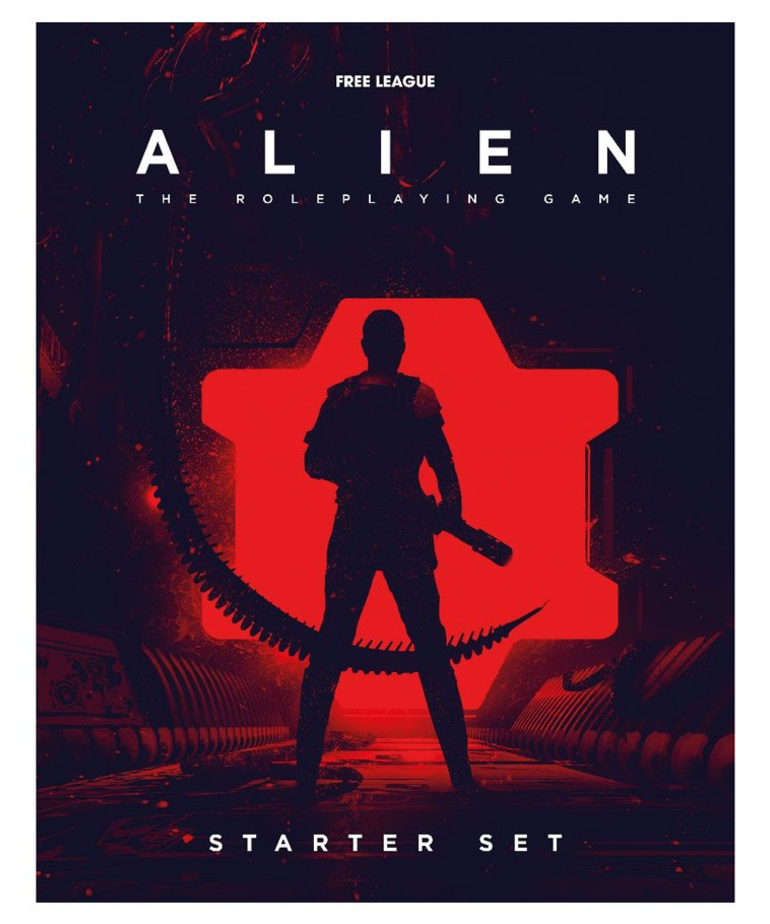 0 reviews
Add your review
The Starter Set is for the Alien Role Playing Game (RPG) from Free League Publishing with the item number FLFALE013.
0 In Stock
Add to wishlist / Add to compare / Print

This is a starter set for the official ALIEN tabletop roleplaying game—a universe of body horror and corporate brinkmanship, where synthetic people play god while space truckers and marines play host to newborn ghoulish creatures. It’s a harsh and unforgiving universe and you are nothing if not expendable. Stay alive if you can. This boxed set contains everything you need to start playing.

Contents:
- 1 104-page rulebook with a fast and effective ruleset designed specifically to support the core themes of ALIEN: horror and action in the cold darkness of space.
- 1 48-page complete scenario Chariot of the Gods by sci-fi novelist Andrew E.C. Gaska, taking you on a thrilling, terror-filled ride into deep space where no one can hear you scream. Chariot of the Gods is designed for 3–5 players plus the GM.
- 5 pre-generated characters to play.
- 1 huge full-color, double-sided map, with one side depicting chartered space in the year 2183 and the other floor plans for the Chariot of the Gods scenario.
- 84 game markers for keeping track of characters, motion tracker pings, and more.
- 56 high quality custom cards for weapons, personal agendas, and initiative in combat.
- 1 set each of ten engraved Base Dice and ten Stress Dice, designed specifically for the ALIEN roleplaying game.