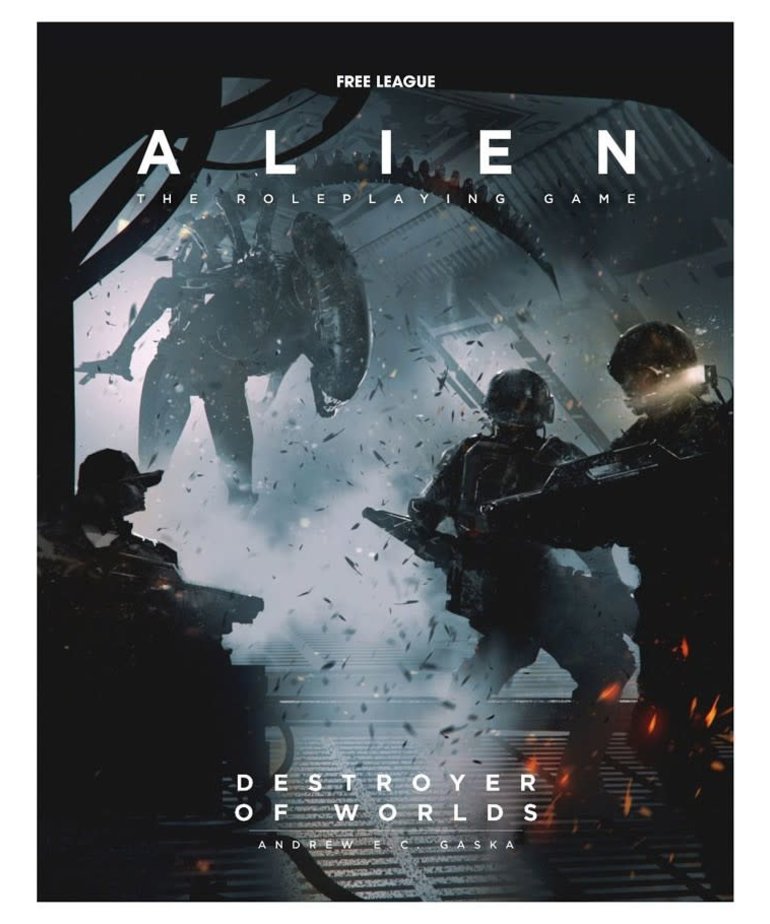 Destroyer of Worlds is a complete Cinematic Scenario for the ALIEN roleplaying game, written by sci-fi novelist Andrew E.C. Gaska. In Destroyer of Worlds, players take the roles of Colonial Marines. The scenario is designed for 3–5 players plus the Game Mother, and it’s a gauntlet of one hell after another. Expect it to take three sessions to complete.

Contents:
- 1 Destroyer of Worlds scenario book
- 1 huge double-sided map (format 864x558mm) of Ariaricus colony on one side and the Fort Nebraska - space elevator ground base on the other
- 5 pre-generated characters to play
- Custom cards for weapons, vehicles, and personal agendas
- Player maps and handouts