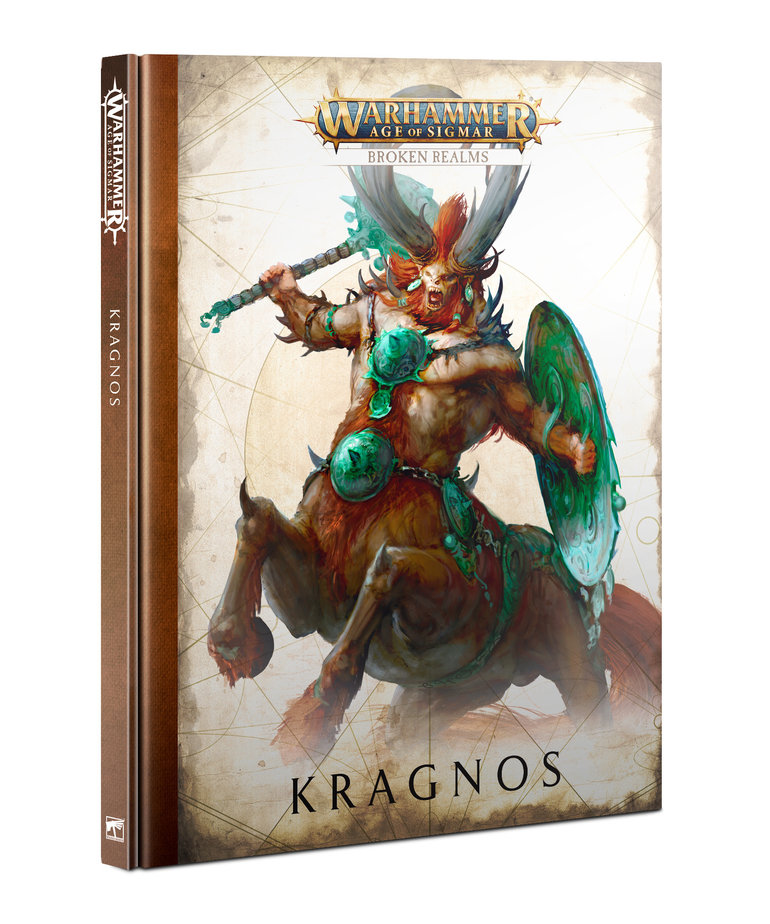 0 reviews
Add your review
- The thrilling conclusion to the Broken Realms saga
- Witness the rise of a powerful new deity of Destruction
- New and updated rules for Gloomspite Gitz, Cities of Sigmar, Sylvaneth, Seraphon, and more
7 In Stock
Add to wishlist / Add to compare / Print

As the tide of Death magic suffusing the realms recedes in the wake of Teclis' retribution, Alarielle undertakes a grand ritual to seed the Mortal Realms with resurgent life energy. But with new growth comes the sundering of an ancient prison and the release of a forgotten deity – Kragnos, the End of Empires. Enraged by aeons of captivity, Kragnos' rampage across Ghur leads to the metropolis of Excelsis. Already tainted by the attentions of Slaanesh's servants, only unlikely alliances will save the city from its doom.

The Broken Realms saga concludes in the fourth and final chapter. As the city of Excelsis comes under attack from Gordrakk's Waaagh! and Kragnos himself, it will take more than the return of a legendary Seraphon hero to turn the tide.

Contents:
- Warscrolls for a host of new gods and champions - including Kragnos, the twin aspects of Slaanesh's Newborn, Warsong Revenants, and witch hunters Galen and Doralia ven Denst
- New rules for Gloomspite Gitz, including three suites of allegiance abilities, updated warscrolls, and more
- Even more rules content for Cities of Sigmar, Skaven, Beasts of Chaos, and Sylvaneth, designed to represent these forces in the story
- Updated warscrolls for Alarielle the Everqueen and the venerable Lord Kroak
- Six exciting battleplans that chronicle the rise of Kragnos, and rules to play them as a narrative campaign
- Realms of Battle and Streets of Death rules depicting the locations from the story