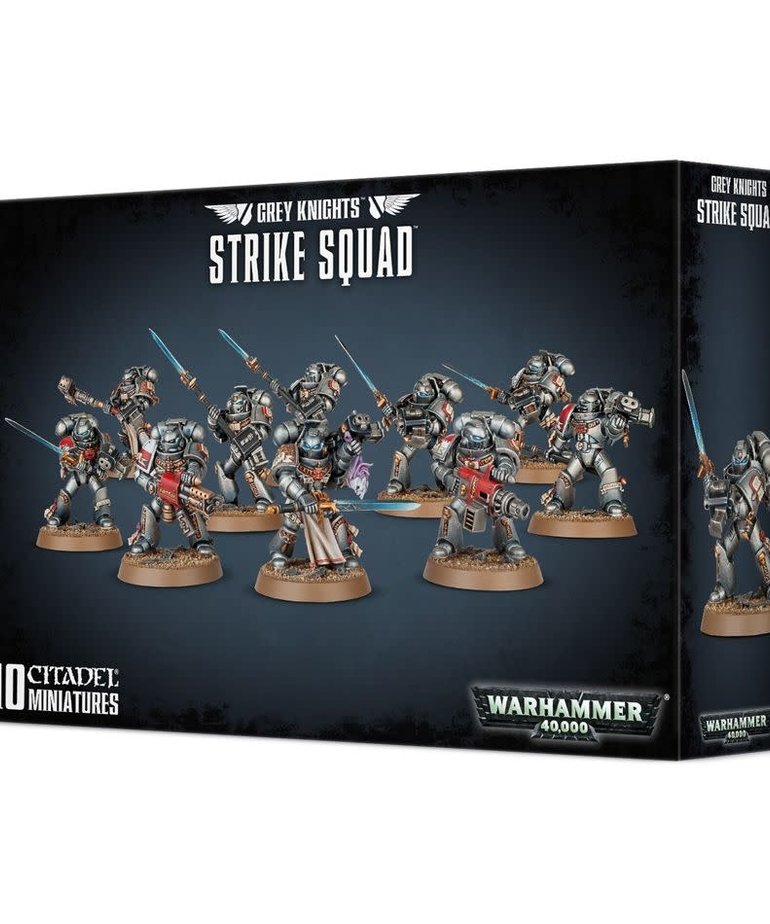 Strike Squads often form the vanguard of a Grey Knights strike force. Equipped with lighter armour than the main Terminator Squads, these veterans strike swiftly and surely, and are able to slip through gaps in the enemy line. At the onset of battle, a Grey Knights commander will invariably task one or more Strike Squads with the capture of vital locations and key objectives, deploying via fixed teleporter to ensure the rapid seizure of isolated or inaccessible locations. These Squads are essential â€“ without their reconnaissance and preparation, the Terminator Squads would be a hammer swung blindly in the darkness.

This multi-part plastic kit contains ten Grey Knights with Nemesis force swords, one of which can be built as the unit leader, a Justicar. The models are covered in the inscriptions, purity seals and other details you would expect from this army, and the Justicar features a unique helmetless head. There is an array of weaponry and unit upgrades including Nemesis falchions, Nemesis force halberds, a Nemesis Daemon hammer, a Nemesis warding stave, two psycannons, a psilencer and an incinerator.

This multi-part plastic boxed set contains 236 components and 10 Citadel 32mm Round bases with which to make a Grey Knight Strike Squad.