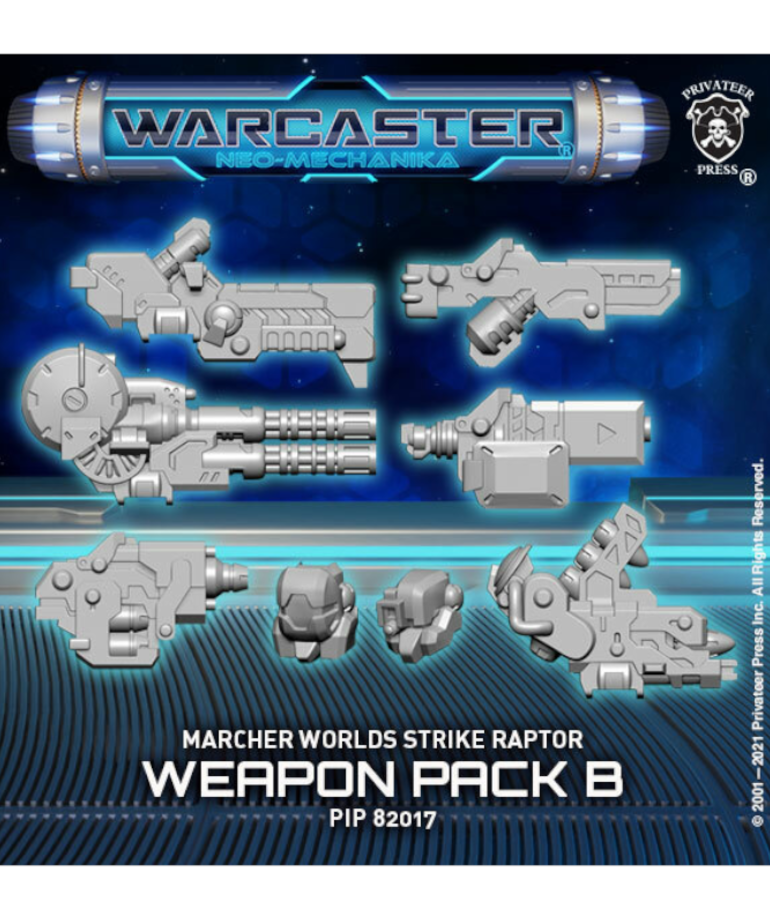 Though innovative, the Marcher Worlds tend to rely on simpler, cheaper, more durable weapons systems than their rivals. These systems tend be easier and faster to manufacture and repair than more sophisticated systems, and are generally much better suited to the territories held by the Marcher Worlds. Holding true to this pragmatism, much of the Dusk Wolf’s potent arsenal has been integrated into the Strike Raptor’s weapon systems. Such options include a short-ranged yet devastating Slug Gun, the brutally powerful Blazer cannon, and Particle Accelerator direct energy weapon. The Strike Raptor’s reinforced chassis has also enabled its designs to equip the machine with even heavier weapons, such as the armor-piercing Rock Buster, Arc-draining Vortex Missiles, and the lead-spewing Cyclone Cannon. Other advances include the frenetic Dog Fighter cortex and the melee-boosting Precision cortex.

- Increase your warjack load out customization options with this weapon pack, featuring one copy of each weapon included in the full Strike Raptor B kit. 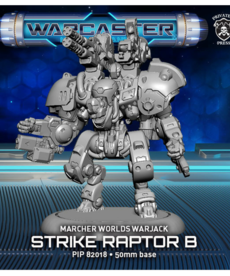