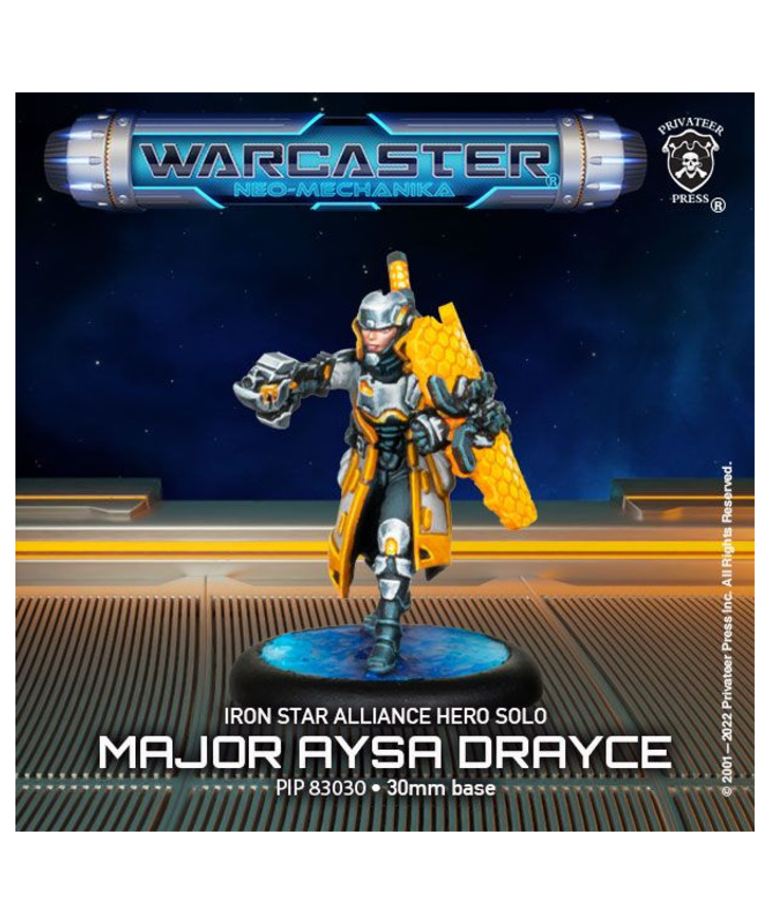 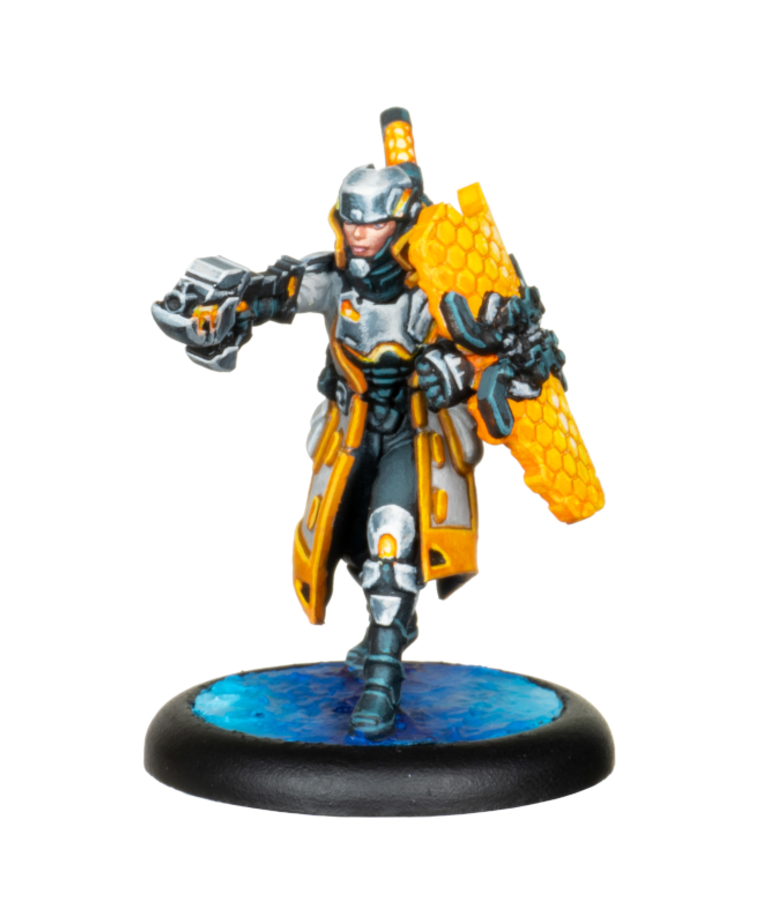 Major Aysa Drayce is among the ISA's most skilled strategists and tacticians. A rising star renowned throughout the Alliance, Drayce's natural capabilities are further enhanced by her Neural Command Web, which adds a menu of enhancing capabilities that may be unleashed in battle to augment the effectiveness of those under her stern command.