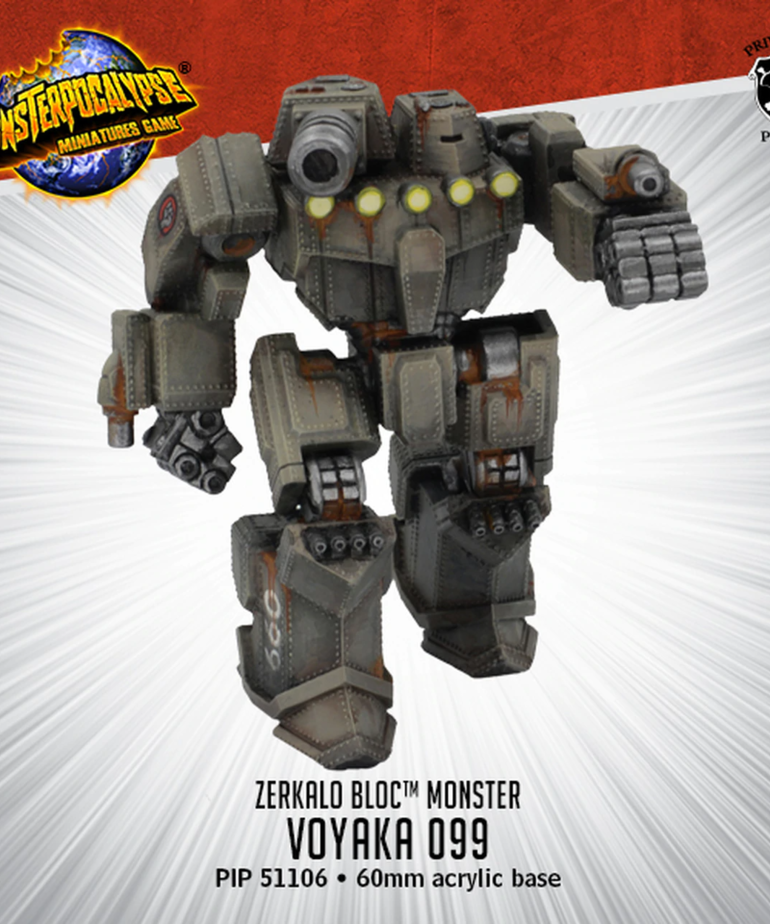 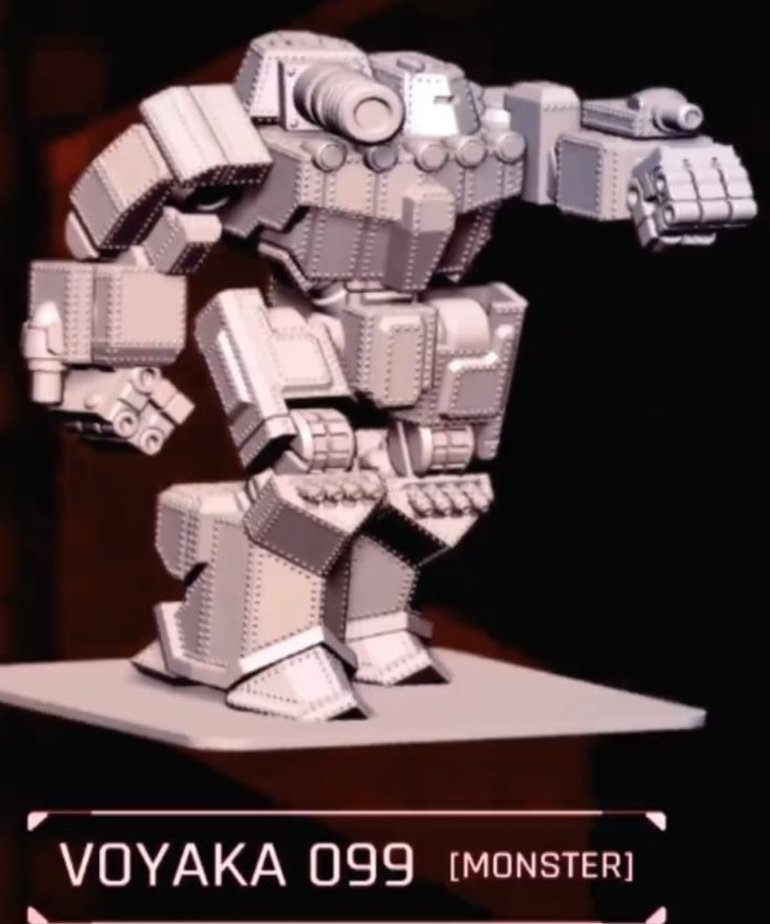 When the first Zerkalo Bloc scouts returned from our version of Earth to their home dimension, the high command was surprised by the challenge that awaited them here. Their forces had tamed mirror Earths where the dinosaurs had never gone extinct and had claimed barren worlds ravaged by nuclear winter, but never had they seen such a variety of combatants and fighting styles as here. Zerkalo Bloc invasions always begin with an assault led by one of their walking battleships. This incursion is no different. The first machine through the breach was the massive Voyaka 099, and seconds later, its guns joined the fury of the Monsterpocalypse.

Voyaka 099 is a ranged attack monster that can be added to any Destroyers force. Sitting attop its shoulder is a massive turret. This gun has trouble tracking nimble targets, making it much more suited as a Big Game Hunter, bringing down the largest targets on the battlefield. If a fortification needs to be destroyed, the crew loads Destabilizer rounds, and the high command always provides forces fighting alongside this mecha with High Impact rounds, ensuring nothing survives the firepower brought to bear. When this monster goes hyper, its crew disregards all safety procautions, loading the main cannon with Penetrator rounds and Rapid Firing it to ensure victory at any cost.