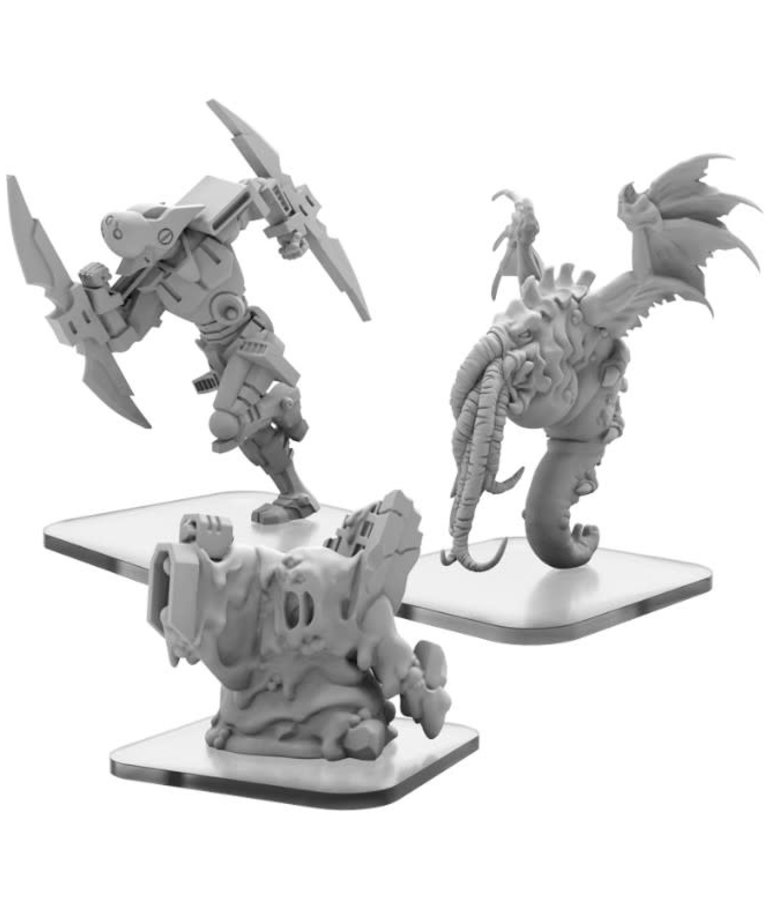 0 reviews
Add your review
- This set of models offer an alternate take on some of the most elite units in Monsterpocalypse.
7 In Stock
Add to wishlist / Add to compare / Print

As the destruction of the Monsterpocalypse mounts, leading to more and more industrial waste and gruesome battlefields across the planet, The Waste's toxic nature just continues to amplify. The animated sludge of elite Toxxos is so corrosive, it can burn through metal, glass, and concrete alike.

The greatest eldritch horrors of the Cthul can often pervert the natural order of things with their vile magic. Sometimes a rare elite among their forces is granted a fraction of this ability. The elite Squix uses this tithe of power to disrupt small events around it, creating misfortunate cascades.

Designed for utter lethality, the Ubercorp's latest creation is a perfect mechanical duplication of the valiant Shinobi of the Shadow Sun Syndicate. Unlike most of Ubercorp's other designs, the Shinobot favors speed and precise motion, requiring powerful supercomputers only the company's scientists can create.

This set of models offer an alternate take on some of the most elite units in Monsterpocalypse. Instead of designating the elites of player's force with just a star on their base, players can use an entirely separate sculpt. Each set is meant to offer enough variation that it will appeal to any Monsterpocalypse player who collects the models of the Destroyers Agenda.