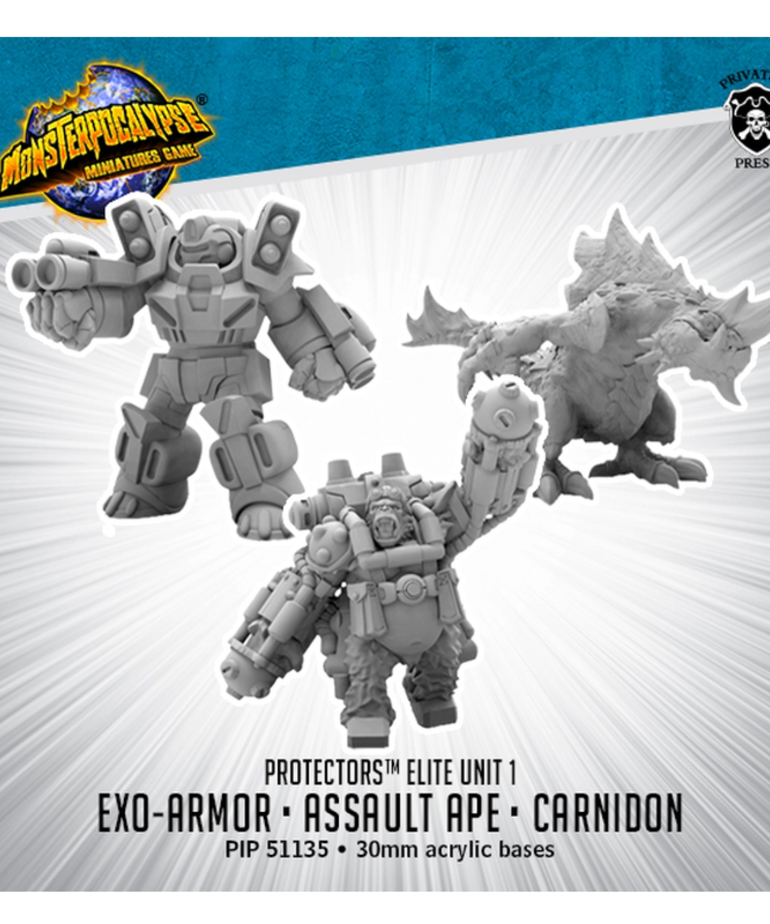 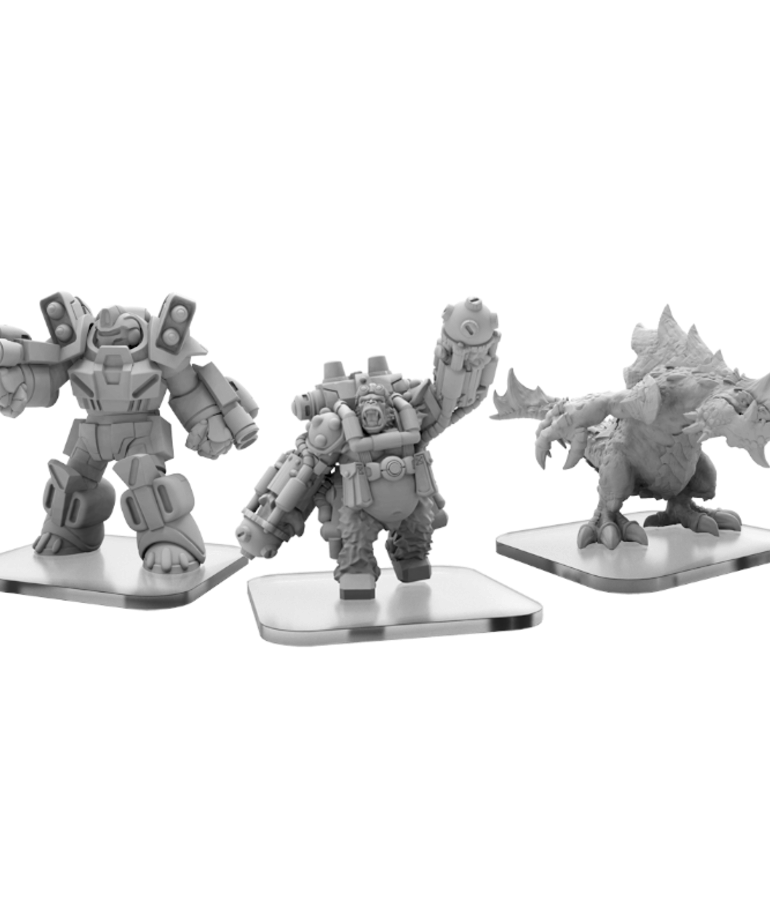 The Earth’s protectors have been quick to evolve in response to a battlefield that grows more perilous by the day.

Scientists within G.U.A.R.D. continue to expand upon their creations, generating specialized devices for their ace pilots. These elite Exo-Armors can produce more firepower but not without a cost. The higher cost and added strain of operating them mean they do not lend themselves well to being mass produced.

Within a clutch of massive Carnidon eggs, an even more frightening variant is sometimes born. Carnidons of this elite caste are significantly more intelligent than their brothers and sisters, able to guide their brood-siblings into tactically advantageous battles few enemies would suspect the Terrasaurs even capable of.

Many find the technology of the Empire of the Apes crude; however, those fools have underestimated the bizarre craftsmanship of the scientists of the empire. From mere scraps, they can create wondrous inventions few humans can understand. All the while, the empire is constantly finding novel approaches to similar designs and militaristic goals.

This set of models offer an alternate take on some of the most elite units in Monsterpocalypse. Instead of designating the elites of a player’s force with just a star on their base, they can now use an entirely separate sculpt. Each set is meant to offer enough variation that it will appeal to any Monsterpocalypse player who collects the models of the Protectors Agenda.