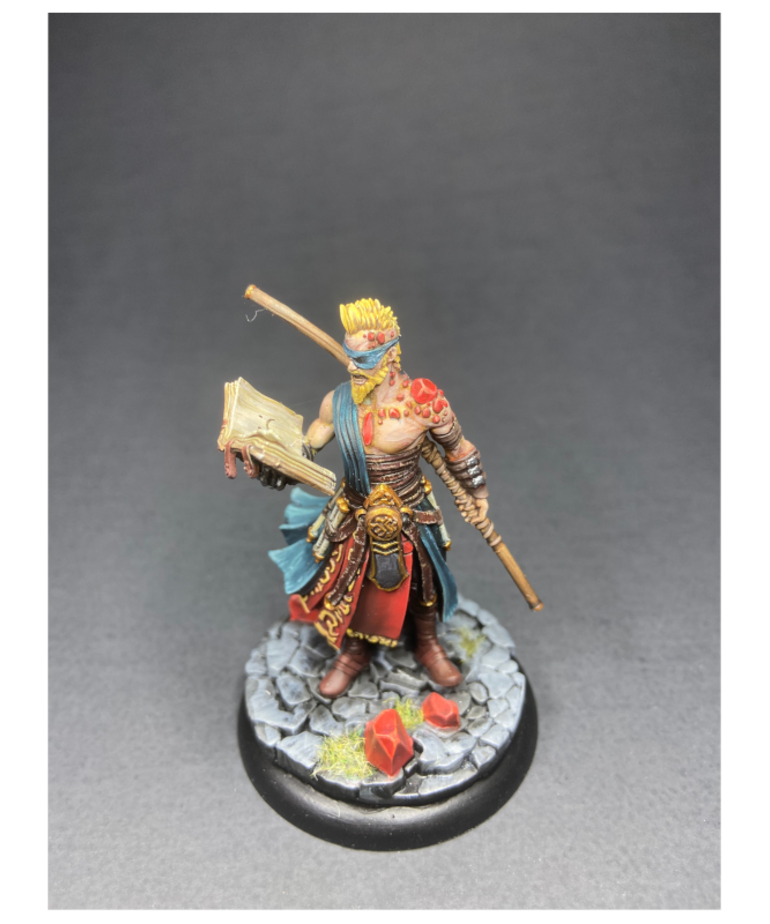 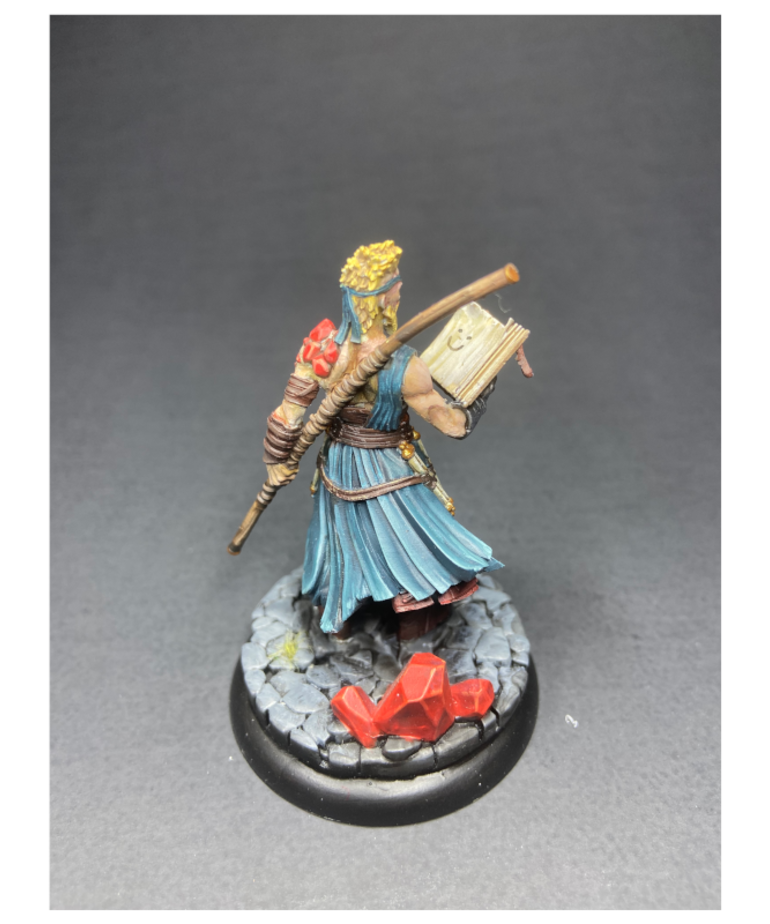 Bastian spends most of his days poring over books. He travels the length and breadth of Athien seeking knowledge to the point where he rivals that of even the most ancient elf. He knows more of the collective history of all the races than any other mortal being.

Bastian resides in Epoch Tower, a magical structure that disappears one day to appear in a completely different location the next, often hundreds of leagues away. It is all part of the Bastian mystique and rumour has it he has some of the first ever written parchments in the tower's library. The left side of Bastian's face and left shoulder sprout green crystals that are slowly creeping over his body. This is a result of a pact Bastian made with a Djinn who replaced his left eye with a Crystal of True Seeing. Bastian still considers he came out on top with that trade.

More than any other hero, Bastian's kit is geared almost exclusively towards buffing and supporting other heroes. In a melee oriented Warband his Heroic Ballad aura (+1 MEL) is extremely powerful.